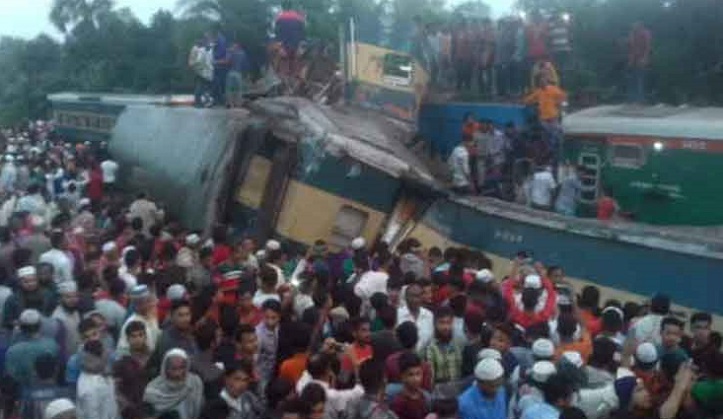 Fourteen people out of the 16 people who were killed in Brahmanbaria train accident on early Tuesday, have been identified.

Among the deceased, the bodies of Mujibur and his wife, Yasin Arafat, Sujan and Jaheda were handed over to their families.

At least 16 passengers were killed and over 100 others injured in a fatal collision of two trains on Dhaka-Chattogram route in Mandbagh area of Kasba in Brahmanbaria on early Tuesday.

The deadly collision between Dhaka-bound Turnanishita from Chattogram and Chattogram-bound Udayan Express from Sylhet took place around 3am, said Deputy Commissioner Hayat-Ud-Dowllah Khan, who visited the spot right after the crash.