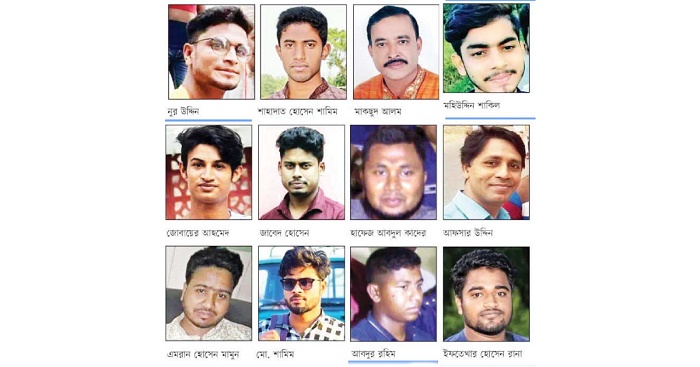 Twelve of the 16 condemned convicts in Nusrat Jahan Rafi murder case were shifted to Cumilla central jail from Feni distirct jail on Tuesday.

They were shifted to Cumilla as per the directive from Inspector General of Prison, said Md Didarul Alam, Feni Zila Prison chief.

Convicts Ruhul Amin and madrasah principal SM Sirajuddoula will be shifted  to Cumilla jail and Umme Sultana Popy and Kamrunnahar Moni will be taken to Chattagram central jail on Wednesday, Didarula added.

Mohamad Rafiqul, senior jail super of Feni district jail, said according to the Jail Code, those awarded long term jail or death penalty must be shifted to the central jail from district one for security reason.

There is no condemn cell and hanging scaffold at Feni district jail, he added.

Earlier on October 24, a tribunal here sentenced 16 people to death in the much-talked-about Nusrat murder case in an exceptionally speedy verdict.

Nusrat, a student of Sonagazi Islamia Madrasa, was set on fire on April 6 on the roof of a madrasah she attended, allegedly by people loyal to Sirajuddoula whom she had accused of sexually harassing her.

She succumbed to her injuries four days later at Dhaka Medical College Hospital.

A case was filed at Sonagazi Police Station on April 8. Police pressed charges in court against 16 people on May 29.