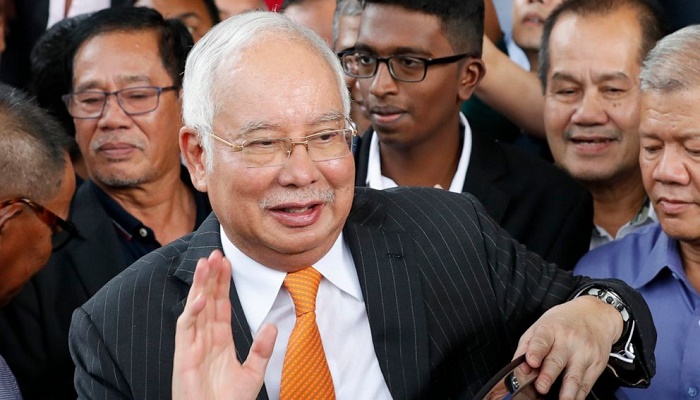 A Malaysian judge on Monday ordered former Prime Minister Najib Razak to enter a defense at his first corruption trial linked to the multibillion-dollar looting at the 1MDB state investment fund that helped spur his shocking election ouster last year.

Defense lawyers said Najib was shocked he wasn't acquitted. He will be the first defense witness to take the stand when the trial resumes December 3, reports AP.

High Court Judge Mohamad Nazlan Mohamad Ghazali said the prosecution had established its case on charges of abuse of power, breach of trust and money laundering. The seven charges relate to 42 million ringgit ($10.1 million) that allegedly went into Najib's bank accounts from SRC International, a former unit of the 1MDB fund.

Najib, 66, denies any wrongdoing and accuses Malaysia's new government of seeking political vengeance. The patrician former leader, whose father and uncles were the country's second and third prime ministers respectively, could face years in prison if convicted.

Najib is also charged in four other cases over 1MDB corruption that led to investigations in the US and several countries. His wife, several officials from his government, and the US bank Goldman Sachs also face charges related to the scandal.

Mahathir, 94, was premier for 22 years until his retirement in 2003 but made a political comeback amid anger over the 1MDB scandal. His government soon reopened 1MDB investigations that had been quashed under Najib.