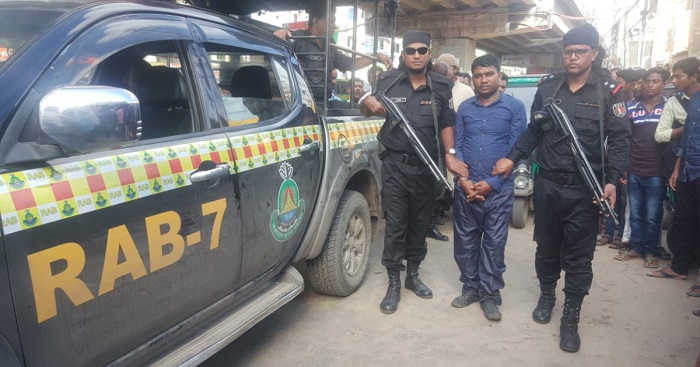 The arrestee is Jasim Uddim Siraj, 30, of Chhitpara village in Gazipur.

Tipped off, a team of Rab conducted a drive in front of New Manila Hotel in the area and arrested Jasim when he was crossing the area riding a motorbike, said a press release of Rab-7.

After searching Jashim they recovered 19,575 Yaba tablets which were concealed in the motorbike, it said.

The Rab team handed over Jasim to Chandgaon Police Station.