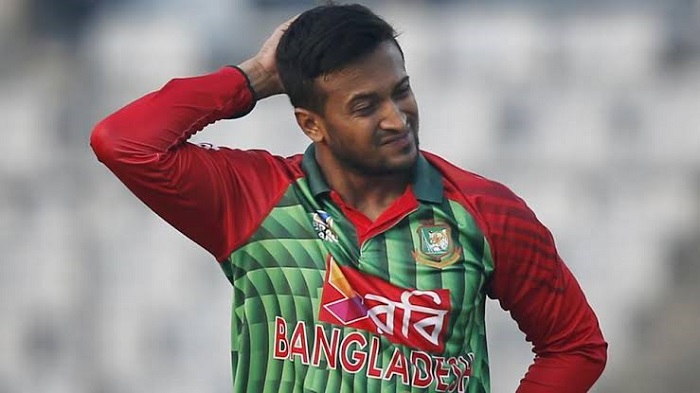 Bangladesh’s ace cricketer who was banned for one year by ICC last month is not in the top 100 for batsmen, bowlers or all-rounder ranking.

Shakib’s name has been dropped from the rankings which were updated on Sunday.

Glenn Mazwell slipped to number two on the all-rounder ranking lists. Mohammad Nabi came in at number one.

On the other hand, Mahmudullah Riyad, the new captain of Bangladesh T20 team, comes at number four in the ranking.

After the tri-nation series against Afghanistan and Zimbabwe, Shakib was at the second position on the all-rounder rankings list. In addition, he was ninth in the bowling rankings and 32nd in the batting rankings.

However, Shakib is still on the lists of Test and One Day International (ODI) rankings as the lists of these two formats have not been updated yet after he was banned. So he is still the best all-rounder in the ODI and third in the Test rankings.