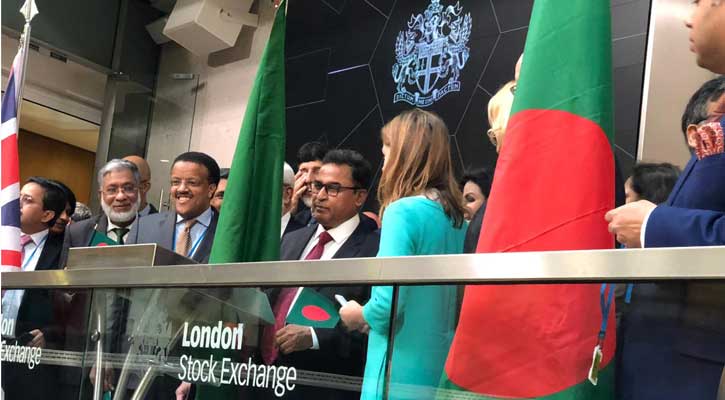 The first-ever Bangladeshi Taka-denominated bond titled “Bangla Bond” amounting equivalent to $10 million has been listed on the London Stock Exchange (LSE) on Monday.

The Bangla Bond was listed on the LSE by the International Finance Corporation (IFC), a private sector arm of World Bank, at a ring bell ceremony at 8:00 am London time, said a press release of Bangladesh High Commission in London.

Following the ring bell ceremony, an “Investor’s Roundtable” to showcase Bangladesh’s growth stories and investment opportunities was held, jointly organized by the IFC and LSE.

He hoped Bangla Bond would help raise money from overseas investment, which will be invested back in Bangladesh for further strengthening its private sector.

This bond will have a 3-year maturity, with a 6.3 per cent annual rate of interest. The IFC will be the guarantor of this bond in the international market.

A large number of UK government and IFC officials and investors from the UK and Bangladesh were also present at the function.

Besides, the LSE also hosted a press briefing on the debut of Bangla Bond at its premises.

Bangladesh High Commission in London also hosted a “Bangladesh Investment Dialogue” on Monday to celebrate the Ring Bell ceremony of the listing of the “Bangla Bond”.