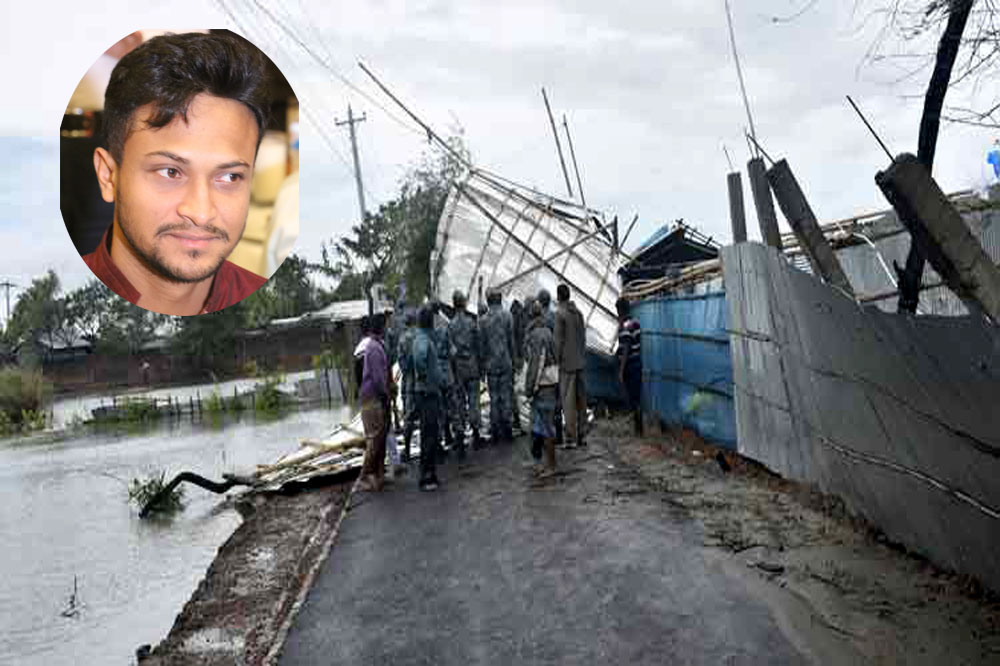 A crab farm of Shakib Al Hasan, who was banned by the International Cricket Council (ICC) for failing to report corrupt approaches made to him, destroyed as the cyclone Bulbul hit coastal districts of the country early Sunday.

The tin fences built around the farm were fully destroyed due to the cyclonic storm. But the enclosures remained intact in spite of high storm surge, local said.

Shakib, the former World No.1 all-rounder in ODIs is also involved in various businesses in the capital.

Shakib Al Hasan was banned for two years (suspended sentence of one year) by the ICC for failing to disclose the approaches made to him by known cricket bookie Deepak Agarwal.

The all-rounder accepted the charge leveled against him and admitted his mistake. “I would keep in mind the implications of my mistake and I would also keep a watch that no one else commits such an act,” Shakib has been quoted as saying.