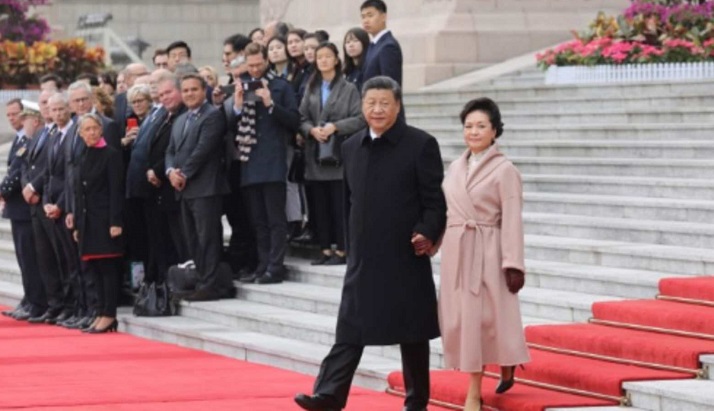 Chinese President Xi Jinping on Monday holds talks in Greece, where he is eagerly awaited by the new pro-business government.

Xi touched down in Athens on Sunday at the start of a three-day visit aimed at deepening cooperation with Greece across the board.

"It is our duty to steadily upgrade our cooperation in all sectors, by delving deeply into existing fields and expanding the range of investments", the Chinese president said in an article published in "Kathimerini" newspaper on Sunday.

Xi is due to meet Greek President Prokopis Pavlopoulos and Prime Minister Kyriakos Mitsotakis during the trip, with the two countries set to sign cooperation documents on education, shipping and energy.

Greece is one of the backers of the plan for a massive network of ports, railways, roads and industrial parks spanning Asia, Africa, the Middle East and Europe that will see trillions invested in new infrastructure across 126 countries.

"They came and invested in Greece when others stayed away" during the economic crisis, Dendias said.

Xi's visit comes on the heels of a four-day trip to Shanghai by Greece's new conservative Prime Minister Mitsotakis earlier this week at the head of a delegation of more than 60 businessmen.

Elected in July, Mitsotakis has made foreign investment and privatisation a linchpin of his administration's policy to restore Greece's sluggish economy to growth after a gruelling 10-year crisis.

"I want the first words by Greek authorities to those who come to invest to be 'how can I help you?'" said Mitsotakis, who plans to visit China again in April.

Greece has been building progressively closer trade relations with China for more than a decade, spearheaded by a 2008 deal by a previous conservative government to cede container terminals at the main port of Piraeus to Chinese shipping giant Cosco.

Cosco has already invested some 600 million euros ($660 million) in Piraeus, creating 3,000 jobs, and its overall footprint could reach one billion euros, Mitsotakis said during his Shanghai visit.

According to the Greek government, Greek shipowners have also built more than 1,000 vessels worth over $50 billion (45 billion euros) in China in the past 15 years.

Over 5,000 Chinese have purchased property in Greece, taking advantage of a five-year 'Golden Visa' residence programme launched in 2013.

The BRICS summit takes place in Brasilia from November 13 to 14.

Xi will attend the closing ceremony of the BRICS Business Forum, the closed-door meeting of leaders from hosts Brazil, Russia, India, and South Africa, as well as a public meeting, and issue a joint declaration.