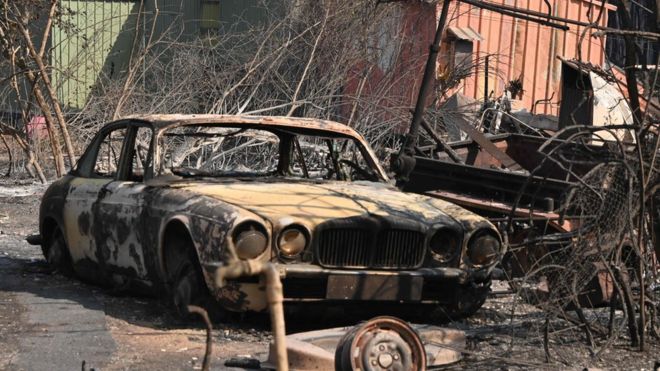 Australia has warned of a "catastrophic" bushfire threat to the areas around Sydney, its largest city, as blazes rage across two states.

At least three people are dead and thousands have been displaced by three days of bushfire emergencies.

The states of New South Wales (NSW) and Queensland have each declared a state of emergency.

More than 120 bushfires are burning across the two states.

Residents in vulnerable communities are being urged to leave and seek shelter in evacuation centres.

Australia's conservative government has refused to be drawn on whether climate change could have contributed to the fires, in a response that has drawn criticism.

"My only thoughts today are with those who have lost their lives and their families," said Prime Minister Scott Morrison on Sunday.