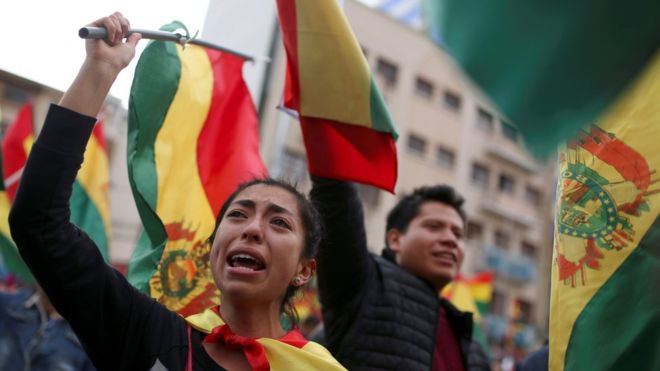 On Sunday, international monitors called for the election result to be annulled, saying they had found "clear manipulations" of the 20 October poll.

Morales agreed with the findings and announced his intention to call fresh elections - after overhauling the country's election body.

But politicians - and the army and police chiefs - had urged him to quit.

Some of his allies were attacked earlier this week, and said their homes had been set alight.

In a televised address, Morales said he would resign as president, and urged protesters to "stop attacking the brothers and sisters, stop burning and attacking".

Protesters took to the streets to celebrate, chanting "yes we could" and setting off fire crackers.