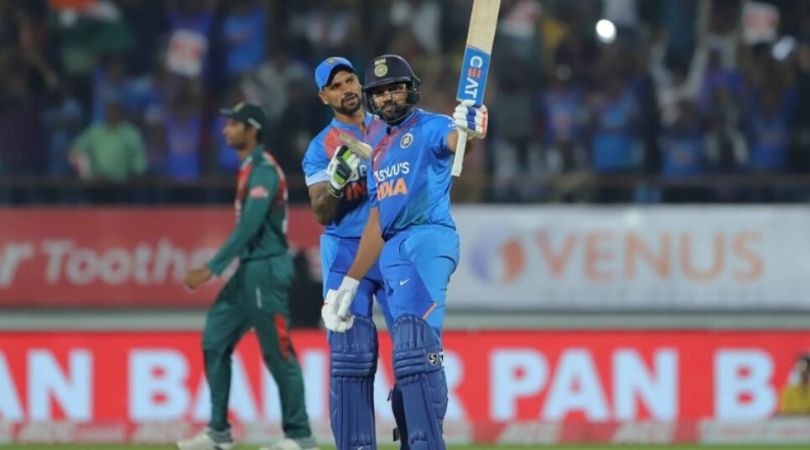 Two fine batting efforts from Lokesh Rahul and Shreyas Iyer propelled India to a challenging total of 174 for five in the T20I series decider against Bangladesh on Sunday at the Vidarbha Cricket Association Stadium in Nagpur.

While Rahul posted 52 off 35 balls with seven fours, Shreyas picked up his maiden T20I fifty off 27 deliveries and ended up on 62 off 33 with three fours and five sixes.

Aminul Islam Biplob missed an easy catch from Shreyas when he was on zero. Shreyas took the advantage notching up a wonderful innings.

India managed a fragile start as they lost captain Rohit Sharma (2) in the second over after being sent to bat first. Shafiul shattered the stumps of Rohit off an in-swinging delivery. In the sixth over, he removed Shikhar Dhawan thanks to a wonderful catch by Mahmudullah Riyad.

Soumya made double strikes during the 17th over conceding only five runs.

In the last five overs, India amassed 45 runs, and eventually, they ended on 174 for five in 20 overs. Manish Pandya, who got a chance in place of Krunal Pandya, remained unbeaten on 22 off 13 deliveries.

Shafiul and Soumya bagged two wickets each conceding 22 and 29 runs respectively. Mustafizur Rahman was poor yet again as he gave away 42 runs without bagging a wicket. This is the first time he conceded more than 40 runs in a T20I without any scalp.

Before heading to this game, both Bangladesh and India experienced the same fate in the previous two games. Bangladesh stunned the hosts in the first game by seven wickets while India staged a strong comeback in the next game, winning it by eight wickets.

Mushfiqur Rahim was the architect of Bangladesh’s first-ever T20I win over India on November 3 while Rohit Sharma led from the front in the second game in Rajkot to set up the parity in the series.