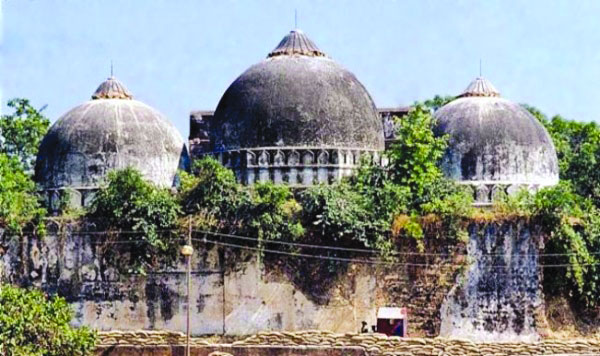 A total of 37 people have been booked and 12 FIRs have been registered in Uttar Pradesh of India in connection with the Supreme Court verdict on the Ayodhya case that was delivered on Saturday.

The Uttar Pradesh Police said they have taken action over objectionable posts on social media in relation to the Supreme Court judgment on Saturday in the Ram Janmabhoomi-Babri Masjid land dispute case.

The police said they have taken action against 3,712 social media posts by either deleting those objectionable posts or deleting the profiles.

While Ayodhya resembled a city under siege on Saturday, the scene was no different elsewhere in other parts of Uttar Pradesh as police and central forces keeping an eye over the security situation and Chief Minister Yogi Adityanath personally monitoring it from a hi-tech control room in the state capital.

UP Director General of Police OP Singh earlier said an Emergency Operations Centre (EOC) has been set up for the first time in the state to keep an eye on reports emerging from the media, social media and other sources, both before and after the pronouncement of the verdict in the case.

Meanwhile, police forces in other states also undertook prohibitive measures like clamping section 144 to prevent unlawful assembly and undertaking patrolling in sensitive and busy market areas to send a stern message against elements who may attempt to use the Supreme Court's verdict on Ayodhya case to provoke sentiments of the common people.

In a historic verdict, the Supreme cleared the way for the construction of a Ram Temple at the disputed site at Ayodhya and directed the Centre to allot a 5-acre plot to the Sunni Waqf Board for building a mosque.

Delivering a unanimous judgement on the Ayodhya case, a five-judge bench of the Supreme Court headed by Chief Justice of India Ranjan Gogoi put an end to the more than a century-old dispute that has torn the social fabric of the nation.

The Supreme Court said the mosque should be constructed at a "prominent site", allotted either by the Centre or the Uttar Pradesh government, and a trust should be formed within three months for the construction of the temple at the site many Hindus believe Lord Ram was born.