Exams of classes 5 to 9 postponed in Kashmir 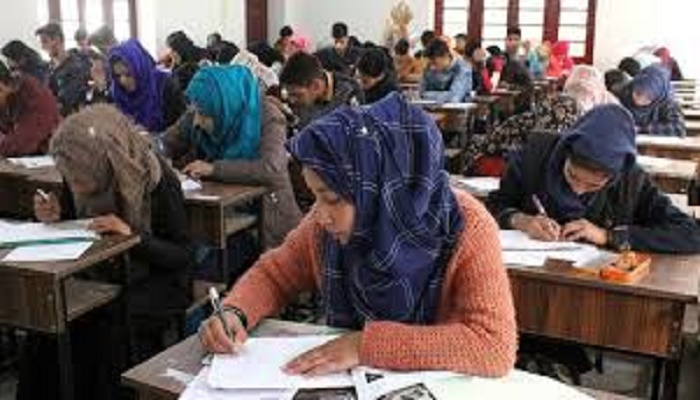 Authorities have postponed exams for classes five to nine in Kashmir on Sunday.

According to news agency Press Trust of India, it is believed that the decision was taken in view of the heavy snowfall in the valley on Friday.

The officials gave no reasons for postponing the papers which were scheduled to begin on Monday for the first two papers of the annual examinations.

According to Director School Education, the Urdu, Hindi and English exams were scheduled to be held on Monday and Tuesday respectively.

He said the exams would now be held on November 26 and November 28.

However, the annual examinations for classes 10 and 12 will be held according to the schedule, the news agency quoted an official as saying.

After heavy snowfall, Kashmir remained cut off from the rest of the country for the second day on Friday as the Jammu-Srinagar national highway was blocked while flights to Srinagar airport were suspended due to poor visibility.

Roads connecting the summer capital of the newly-formed union territory with far flung areas like Gurez, Macchil, Keran and Tangdhar were also shut due to adverse weather conditions.

The traffic on the 270-km highway, the only all-weather road linking Kashmir with rest of the country, was restored in the morning after remaining closed for two days due to heavy snowfall and landslides at several places.