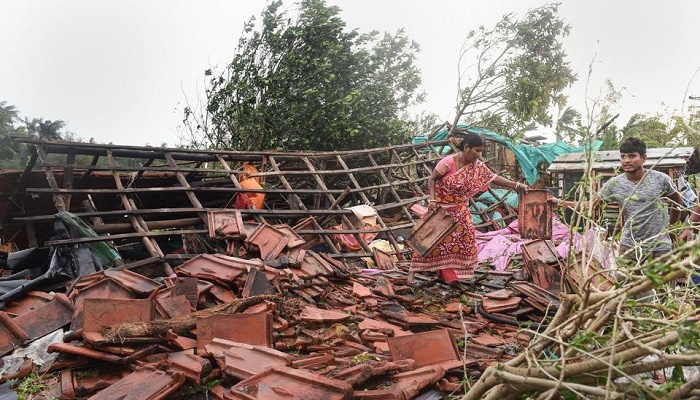 Three people have been killed in West Bengal and Odisha due to heavy rain caused by the severe cyclonic storm Bulbul.

A woman died and two others were injured in Bengal’s North 24 Parganas district on Sunday after a tree uprooted by strong winds fell into her makeshift house, officials said.

Two deaths were reported from Odisha’s Kendrapara district. The officials said one person drowned while the other was killed when a wall collapsed, reports Hindustan Times.

On Saturday night, a man was killed in Odisha’s Kendrapara district after an asbestos sheet hit him. In another incident at a prominent club in Kolkata, a person died after a tree fell on him.

Cyclone Bulbul slammed ashore around 8.30 pm on Saturday near Sagar Island, around 100 km south of Kolkata.

The Met department said cyclone Bulbul has weakened into a cyclonic storm and lay centered in the early hours of Sunday over Bangladesh and adjoining coastal West Bengal.

India Meteorological Department (IMD) has further predicted light to moderate rainfall in the coastal districts on Bengal on Sunday.