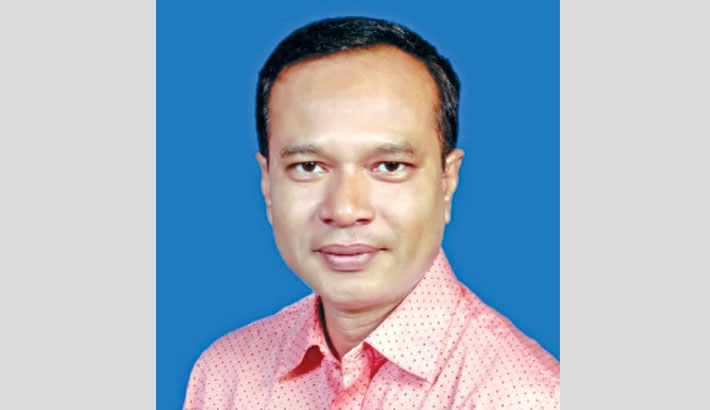 Nayeemul Abrar was electrocuted on last Friday and died on his way to Mohakhali hospital for treatment. Abrar, a nine-grader non-resident student of Dhaka Residential Model School & College, received electric shock from a power generator set behind the stage erected at his own college premises to hold the Prothom Alo’s juvenile supplement Kishore Alo’s “ Ki Anando” program. The hapless teenager came to attend the function along with his friends with juvenile exuberance but was left dead while the function was still continuing. What can be a more inhuman experience in a human society than the fact that the lustre and prestige of a function matter more than the question of life and death of its own participant?

Is there anybody to deny that Abrar’s life could be saved once the power generator would be well-guarded by the organizers? Since it is an electricity generating device, it always involves dangers and hazards. Most importantly, it was an innocent juveniles’ program meant for those susceptible to risks and dangers. As soon as the organizers arranged the power generating system, it became a mandatory responsibility to take necessary precautions to manage the dangers and risks involving this risky device. I don’t know whether the organizers ever thought of the risks involving factors concerning such a juvenile congregation. Even if they visualized the risk factors, they did so just hypothetically and this hypothesis was not translated into a reality on the ground.

I am very sorry to say that I can hardly accept the death of Nayeemul Abrar as a single, isolated case of an unnatural death. It is neither a road accident death nor a death caused by thunder or a death caused by a broken tree while staying at home. In the above-mentioned cases or innumerable such cases not mentioned here the killing agents are beyond the control of human intelligence and intelligibility and which is why may clearly be defined as accidental or unnatural deaths. But when the circumstances leadind to a death happen to be well within the human control and management, in no way, we call it an unnatural death. Rather, we can straight call it an avoidable death and it can be averted once the precautionary instruments worked in full gear.

Who will take the liability of this tragic death? A death becomes tragic only if there are tragic elements in the way it all happens there. Abrar is not my son or he is my relation either. However, he is the embodiment of thousands of innocent juveniles of Bangladesh who are being killed for their innocence and inexperience. Many Abrars everyday respond to the invitations of many organizations and estalishment who embellish their shining feathers by the agile and lively presence of these blooming flowers. Should these organizations and firms ever care about them anyway? Life is being weighed in the balance of promotional commercialization and this is a serious barrier sometimes for the promotion of humanity in a society we are persistently insisting on being a humanized one. We are claiming to be human-hearted emotional beings but we are practically behaving like mechanical creatures.

Unfortunate death in organized gatherings or functions is nothing new in Bangladesh. More than 100 people were killed while collecting Zakat clothes since 1980. 10 Hindu devotees were stampeded to death and 30 others were injured on March27, 2015 at Langalbandh organized gathering on the occasion of “Astami Snan” in the river Brahmaputrya. Also, Mymensingh tragedy took the innocent lives of 4 poor children and 30 destitute mothers while they were collecting Zakat clothes from an organized camp arranged in front of a Madrasha in the same year. Mezban tragedy of Chittagang back in 2017 took 10 lives again from a host’s party arranged to entertain people with traditional Mezban dish.

In all these cases of shockingly unexpected deaths, the victims are mostly marginalized people having modest profiles. Had these hapless victims hailed from high-profile social backgrounds or had they possessed an institutional identity, there might have been fierce protest across the country. Hyowever, their deaths could hardly find a bgger voice across the country. Rather, the cries of their breaved families fizzled out in the horizon. The print media and television news channels made just a routine announcement as they always do.

Since Nayeemul Abrar has an institutional identity, his hapless death can hardly be passed by as an unnatural death. His classmates and college mates formed a human chain and they already constituted a three-member probe team to investigate his death and find out the real causes behind his death. The Editor of The Prothom Alo has already been sued by Abrar’s family. The Principal of Dhaka Residential Model College has said in a statement that there were negligences of the organizers. Clearly speaking, it is not only a matter of sheer negligence, rather, the way all it happened shows that Nayeemul Abrar’s death is a case of extreme disregard towards the respect for human life.

Deaths due to negligences and carelessness is no less serious than the deliberate killings if weighed in the scale of human penal code. In the previous cases, we have seen that the organizers being the influential people of the society escaped punishment because of their strong social position and digtnified status. Lack of adequate provisions in dealing with shockingly unacceptable deaths as well as absence of strong social pressure on the offending organizers help these killers go unpunished quite easily.

Although killings caused by organizers’ carelessness have been recurrently taking place in Bangladesh since long, the organizers seem to care a straw for such killings. Organizers will only come back to their senses once they will be made to understand the value of a human life by paying a massive penalty for their negligence. If we claim ours as a human society we uphold the right to live above all considerations and identities. Otherwise, the growing power of organizations or establishments will one day buy out all rights of the individuals.