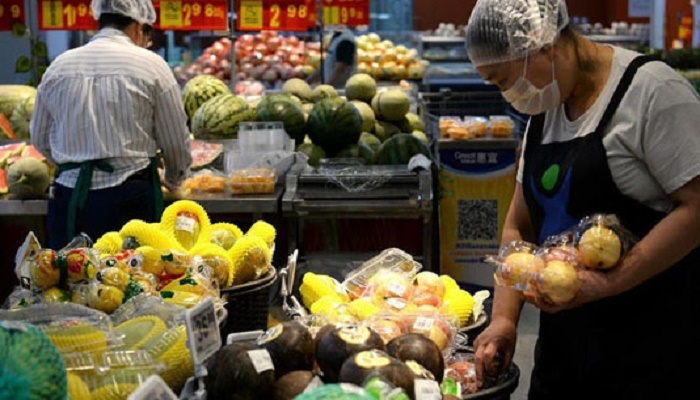 China’s consumer prices grew at their fastest rate in almost eight years in October driven by a spike in pork prices caused by an outbreak of African swine fever, according to official figures released Saturday, reports AFP.

The consumer price index (CPI) — a key gauge of retail inflation — hit 3.8 percent last month, the National Bureau of Statistics (NBS) said, up from 3.0 percent in September and the highest annual rate since January 2012.

Analysts in a Bloomberg News poll had forecast a rate of 3.4 percent.

Prices of pork, the staple meat in China, have more than doubled in the past year, according to the NBS.

More than a million pigs have been culled due to the widespread outbreaks since African swine fever appeared in August 2018, according to official statistics, but that is widely considered to be an underestimate.

This, in turn, has also pushed up prices of other meats including beef, chicken, duck and eggs as consumers switch to other protein sources.

The inflation rate that year stood at 18.25 percent.

Producer prices, meanwhile, saw their steepest decline in more than three years, sliding for a sixth straight month, hit by the trade war with the United States.