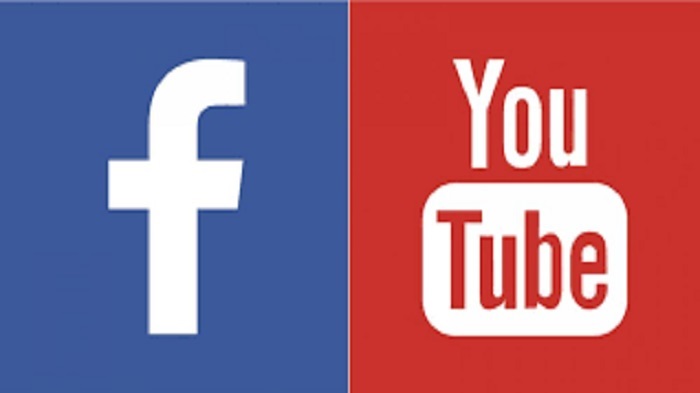 Twitter found itself isolated this week as other major social media platforms moved to block users from spreading the name of a CIA officer that conservatives contend filed the extraordinary whistleblower complaint against US President Donald Trump that triggered House impeachment hearings.

Facebook said it would block references to the supposed whistleblower's name under its policy against "coordinating harm." And YouTube said Friday it was doing the same and would block images as well.

But Twitter said it would permit such references, including posts that name the person conservative media say is the whistleblower and show pictures claiming to depict him as well.

This split came after repeated warnings by the whistleblower's lawyers that publicizing a name puts that person and the person's family at risk. The lawyers sent a sharply worded cease-and-desist letter to the White House on Thursday, demanding that President Trump stop calling for the publication of the whistleblower's name, calling the tactic a "reckless and dangerous" form of intimidation.

But a campaign among conservative publications, activists and social media users to surface the identity of the supposed whistleblower appeared only to grow on Friday, two days after the president's son, Donald Trump Jr, tweeted the name. Conservative commentator Candace Owens, for example, twice posted tweets that purported to name and show images of the whistleblower.

While the first was later deleted, the second quickly reached a wide audience, retweeted or liked about a hundred thousand times.

In response to a request for comment from The Washington Post, Owens called the whistleblower "a treasonous spy with deep ties to the Democrats."

Her language echoed that of the president, who has said that whoever passed information to the whistleblower was "close to a spy."

"You know what we used to do in the old days when we were smart with spies and treason, right?" Trump added. "We used to handle it a little differently than we do now."

The president's threatening language has added fuel to an online crusade to unmask and intimidate officials who have raised alarms about Trump's dealings with Ukrainian President Volodymyr Zelensky. Since the whistleblower filed his complaint August 12, a clutch of named diplomats have come forward to corroborate the concerns that Trump was pressuring Ukraine to open investigations that would bolster unfounded conspiracy theories about the 2106 election and damage the presidential campaign of former vice president Joe Biden.

Trump's call for the whistleblower to be identified led to a campaign by Trump supporters to use the unregulated online ecosystem to circulate a name that remains unconfirmed by mainstream news organizations, many of which have policies to withhold information when an individual may be at risk.

Meanwhile, Trump's eldest daughter, Ivanka Trump, said in an interview Friday with the Associated Press that the individual's identity was not "particularly relevant."

Twitter defended its decision to allow the sharing of the CIA officer's name, despite acknowledgement that such tweets might violate Twitter's policies.

"Per our private information policy, any Tweets that include personally identifiable information about any individual, including the alleged whistleblower, would be in violation of the Twitter Rules," said company spokeswoman Katie Rosborough.

That includes the name, birthdate or employment of a person, as well as descriptions of a person's physical appearance and "gossip, rumors, accusations, and allegations."

While whistleblowers enjoy protections under federal law designed to encourage government employees to report wrongdoing without fear of retaliation, Heidi Kitrosser, a law professor at the University of Minnesota, said those protections would not prohibit private individuals from seeking to unmask a whistleblower. But, she added, there could be other possible legal recourse.

"If a person's life is in danger, then there could be criminal ramifications," said Kitrosser, though she added that First Amendment considerations would be involved in any possible argument about incitement to violence.

Most news organizations, including The Washington Post, have withheld the name of the whistleblower, whose complaint about Trump's call with his Ukrainian counterpart has been largely confirmed by diplomats and others with firsthand knowledge as well as by a reconstructed transcript released by the White House. The whistleblower's name has been kept confidential by U.S. officials, in line with federal law designed to prevent retaliation.

Lawyers for the whistleblower did not respond to requests for comment Friday regarding the policy decision by Twitter. But on Wednesday - before Facebook said it would remove the ads - they said social media platforms have an ethical responsibility to protect "those who lawfully expose suspected government wrongdoing."

"This is particularly significant in this case where I have made it clear time and time again that reporting any suspected name for the whistleblower will place that individual and their family at risk of serious harm," said the attorney, Andrew Bakaj, on Wednesday. "To that end, I am deeply troubled with Facebook seeking to profit from advertising that would place someone in harm's way. This, frankly, is at the pinnacle of irresponsibility and is intentionally reckless."

This is not the first issue on which Twitter and Facebook have split. Twitter recently announced it would ban political ads, while Facebook both allows them and permits politicians to lie and mislead in them, exempting this form of political speech from the platform's fact-checking process.