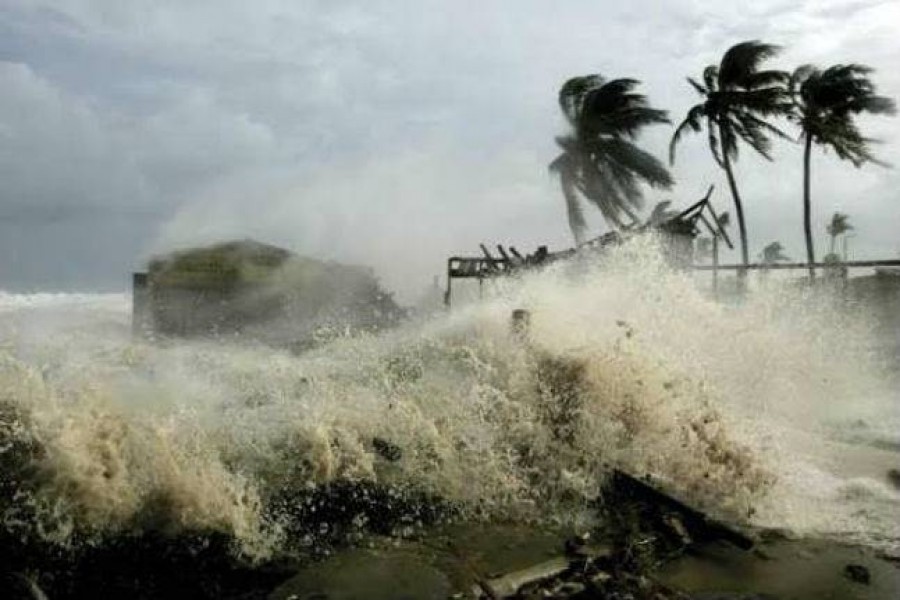 Bangladesh raised the storm danger signal on Saturday morning as cyclone ‘Bulbul’ intensified further and was expected to make landfall around Saturday evening.

Low-lying areas of the coastal districts are “likely to be inundated by storm surge of 5-7 feet height above normal astronomical tide” because of the approaching cyclone.

Coastal districts of Chattogram, Noakhali, Laxmipur, Feni, Chandpur and their offshore islands and chars will come under great danger signal No 9.

The Maximum sustained wind speed within 74kms of the very severe cyclone centre is about 130kph, rising to 150kph. It may cross West Bengal-Khulna coast near the Sundarbans by the evening, the Met Office said.

Khulna, Satkhira, Chattogram, Noakhali, Laxmipur, Feni, Chandpur, Barguna, Patuakhali, Barishal, Bhola, Pirojpur, Jhalakathi, and Bagerhat are likely to experience wind speed up to 120kph with heavy to very heavy rainfall during the passage of the storm.

State Minister for Disaster Management and Relief Dr Md Enamur Rahman on Friday said the government has taken adequate measures to face ‘Bulbul’. Cyclone shelters have been opened in the coastal regions and holidays of government staff in 13 coastal districts have been cancelled.