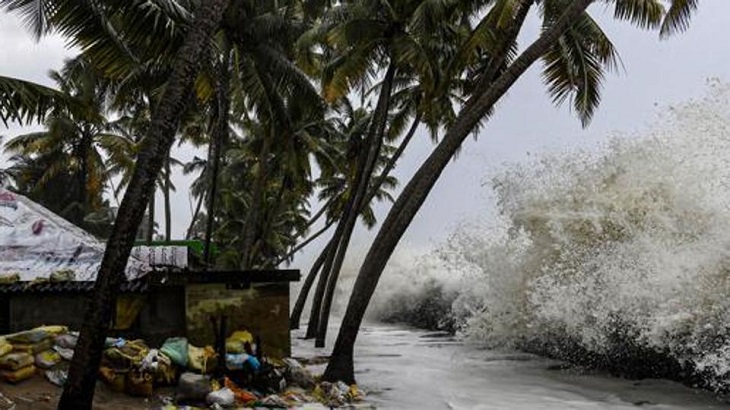 Five to seven feet high storm surge associated with a maximum wind speed of 150-160 kmph may hit the low-lying areas of the country’s coastal belt under the influence of the very severe cyclonic storm “Bulbul”.

It is very likely to increase gradually and become 150-160 kmph gusting to 175 kmph by tonight over northwest and adjoining west central Bay of Bengal for subsequent 12 hours and decrease gradually thereafter, it said.

Meanwhile, the Met office in Bangladesh has issued danger signal no-7 for Mongla and Payra seaports, signal-6 for Chattogram and signal-4 for Cox’s Bazar.

The severe cyclonic storm was moving towards the coastal belt with maximum sustained wind speed of 110-120kmph gusting to 135kmph, IMD said on Friday noon.

Under the influence of the storm, the low-lying areas of the coastal districts are likely to be inundated by storm surges of 4-5 feet height.

Chattogram, Noakhali, Laxmipur, Feni, Chandpur and their offshore islands and chars will come under danger signal-6.