Provide evidence when you bring allegations against varsities: Dipu Moni 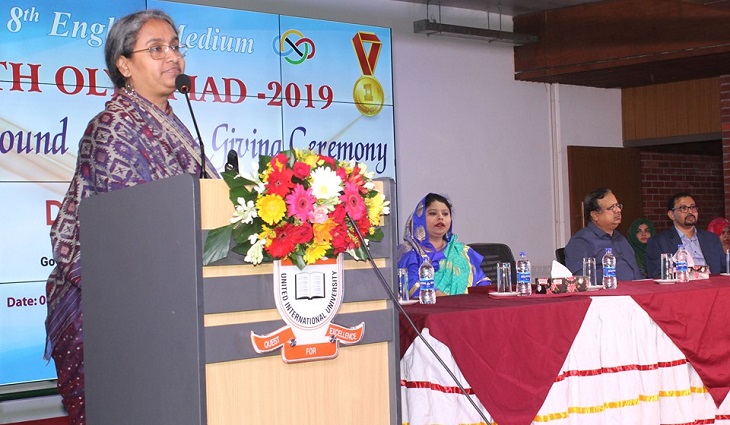 Education Minister Dr Dipu Moni on Friday said action will be taken if allegations of irregularities found true against anyone involved with irregularities at the universities.

Mentioning about unrest at some universities, she said,  “When someone made allegations against anyone, they have to provide proper documents and evidence, then the authorities will take action after allegations found true in the probe.”

Dipu Moni came up with the remarks while addressing as the chief guest at the final round and prize giving ceremony of the 8th English Medium Math Olympiad-2019 held at United International University (UIU) in the capital.

The education minister said, “There is no alternative of education to achieve demographic dividend in the country.”  She urged students to achieve knowledge in humanities alongside science, technology, engineering, and math.

The government is trying to ensure quality education and hope a qualitative change will come by the next ten years in the country, she added.

UIU Vice-Chancellor Prof. Dr. Chowdhury Mofizur Rahman was present as the special guest while Academia Chairperson Sarwat Jeb and its Managing Director Md. Kutub Uddin was also present among others.

A total of 120 students, the top ten in each class, among 1265 participants from standard one to ‘A’ level were awarded crests.

Earlier on October 12, a Preliminary selection round was held across the divisions including the capital, with 3500 students passing through the school level selection phase.