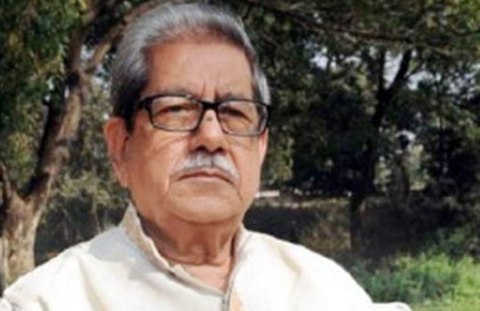 Dr Anisuzzaman will be given a gold medal, Tk 2 lakh in cash, a crest and a certificate. The award will soon be officially handed over to him, DAM said in a press release on Friday.

DAM has been awarding the medal in the name of the noted educationist, social reformer, and Assistant Director of Public Inspector of undivided Bengal and Assam, founder of DAM, Khan Bahadur Ahsanullah.

So far, the gold medal has been awarded to 26 noted personalities for their outstanding contributions in different fields at the national level.

Dr Anisuzzaman is an eminent Bangladeshi educator, writer and Emeritus Professor of Bangla language and literature department at Dhaka University.

He participated in the Language Movement, the 1969 mass upsurge and the Liberation War. After independence, he became a member of the National Education Commission with Kudrat-E-Khuda as the chief of the Commission.

He has done outstanding research on the history of Bengali literature. He has been awarded the Bangla Academy Literary Award, the Independence Award and the Ekushey Padak. He also won many international awards for his contribution to literature.