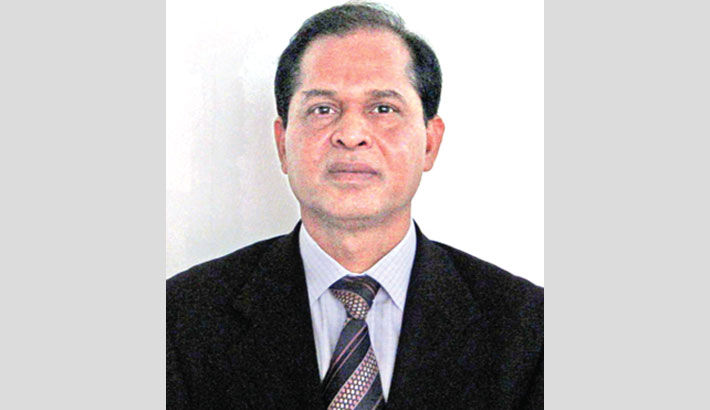 It is almost two years, when about 1.1 million Rohingya population of Myanmar staying in Bangladesh saw the light of hope, once the Memorandum of Understanding on repatriation of Rohingyas was signed between Bangladesh and Myanmar on 23 November 2017. It was also our expectation that Myanmar, at least, would be sincere to take back its nationals from Bangladesh. One year after signing of the MoU, Myanmar successfully staged the first episode of its repatriation drama in mid-November 2018 and also the second one on 22 August 2019. Very recently, Myanmar has added a new episode to continue its drama claiming that about four hundred displaced people have voluntarily returned to Myanmar from Bangladesh. Bangladesh government has strongly denied such tenacious campaign with fabricated information to mislead the international community. We believe that the world community knows well Myanmar’s ill motives behind such campaign as they did it in last August blaming Bangladesh for not starting the repatriation process.

Bangladesh believes in peaceful resolution of the crisis and as such has always been giving importance to the safe, voluntary, dignified and secured repatriation of the Rohingyas staying in Bangladesh. We know that Hon’ble Prime Minister Sheikh Hasina placed a four-point proposal to resolve the Rohingya crisis before the 74th UN General Assembly. She also emphasised that the crisis might turn into a regional threat, if expeditious interventions from the international community do not come for its permanent solution. She proposed that the crisis could be solved if Myanmar manifests clear political will for sustainable return and reintegration of Rohingyas, builds trust among Rohingyas and guarantees security and safety of Rohingyas and at the same time, international community finds out the root causes of the problem and addresses those including the atrocities committed against Rohingyas.

On 25 October 2019, at the 18th Non-Aligned Movement (NAM) Summit, held in Baku, Azerbaijan, Prime Minister Sheikh Hasina has said that voluntary return of the displaced Rohingyas to their homes in the Rakhine state in safety, security and dignity is the only solution to the crisis. She also highlighted the possible potential of the issue to destabilise Bangladesh and beyond. She said that the Rohingya crisis is a political one deeply rooted in Myanmar and its solution has to be found inside Myanmar.

The heads of state and government of the NAM countries have reiterated their concern over the humanitarian situation in Myanmar’s Rakhine state and have also underscored the importance of creating conducive environment there for the voluntary repatriation of the Rohingyas to their own homes in Myanmar in a safe, dignified and secure manner. They have also condemned all acts of violence there. They, in fact, highlighted a number of issues on this crisis, such as- (a) encouraged Myanmar to implement the recommendations of the final report of the Advisory Commission on Rakhine state according to Baku Summit outcome document; (b) stressed the importune of the implementation of the MoU signed among Myanmar, UNHCR and UNDP; (c) welcomed ASEAN’s efforts to support Myanmar government in providing humanitarian assistance and facilitate the repatriation process; (d) appreciated Bangladesh’s efforts; and (e) stressed the need to find a comprehensive and durable solution to address the root causes of the conflict.

During a bilateral meeting, on the sideline of the Summit, Malaysian Prime Minister Dr. Mahathir Mohamad assured our Prime Minister that Malaysia and ASEAN states will do whatever necessary to resolve Rohingya crisis. Pointing out the genocide issue, he said that this should be brought to book.  The two leaders also discussed a number of problems related to shelter and repatriation of the Rohingyas. During the Summit, while meeting our Prime Minister, the Iranian President Hassan Rouhani said that his country would work to create international pressure on Myanmar to resolve the Rohingya crisis.

On 3 November 2019, while meeting Aung San Suu Kyi during the ASEAN-India Summit, the Indian Prime Minister Narendra Modi urged her to take immediate steps for speedy, safe and sustainable repatriation of the Rohingyas. He said that repatriation of the Rohngyas to their homes in Rakhine state is needed in the interest of the region. We know that during her recent visit to India, Prime Minister Sheikh Hasina has also discussed the Rohingya issue with her Indian counterpart, Narendra Modi.

While speaking at a meeting of the ASEAN leaders (Aung San Suu Kyi was also present), on 3 November 2019 in Bangkok, the UN Secretary General Antonio Guterres, expressing his deep concern over the plight of Rohingyas, urged Myanmar to ensure safe return of Rohingyas driven out by army operation. As he said, it is the responsibility of Myanmar to ensure safe, voluntary, dignified and sustainable repatriation of the Rohingyas. Despite repeated entreaties by the UN as well as world leaders, Myanmar’s military backed government has been refusing continuously to take back the Rohingyas.

We are also observing some changes on Chinese stand on Rohingya crisis. Chinese leaders showed positive attitudes to resolving this problem during our Prime Minister’s visit to China. They have taken initiatives during the last UNGA. But we do not yet see any further developments of their efforts.

Not only Bangladesh, but the whole world, has been trying to solve the Rohingya crisis since Rohingyas fled their homes and took shelter in Bangladesh. Efforts of world leaders and UN, till now, have failed to produce any positive result. Even, the political leadership of Myanmar, particularly Aung San Suu Kyi, has proved her inability to come up with a peaceful solution as the country is indirectly ruled by the military junta. Whatever civil government Myanmar presently shows to the world community, the core decision making group consists of the members of the armed forces. In fact, no democracy prevails in Myanmar and will not attain a powerful democratic government unless and until Myanmar’s military will have that intention. On the other hand, Myanmar might have still the blessings from some corners. So, the repatriation will never start unless those two powers agree. I do not know whether there is any power that will come to confront them and establish justice by sending these Rohingya people to their homes.

However, we will not put any ‘Full stop’ on our efforts, taking the world community with us, to reach a solution of the crisis so that these Rohingyas could soon be repatriated to their own land with safety, dignity and security.