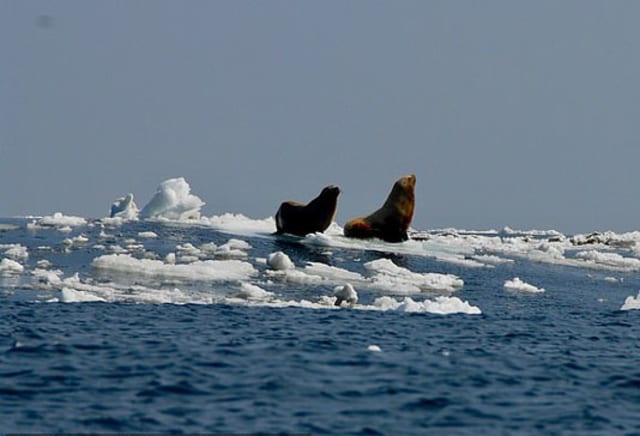 The decline in Arctic sea ice sparked by global warming is already forcing animals, including the polar bear, to adapt or die — but now scientists warn it could also be exposing them to new, deadly diseases.

A 15-year study led by Tracey Goldstein at University of California, Davis, found evidence to link Phocine Distemper Virus (PDV), which killed thousands of European harbour seals in the North Atlantic in 2002, with the presence of the virus in sea otters off Alaska in 2004.

How did it get there?

The prime suspect appears to be shrinking Arctic sea ice which is radically reshaping the region for both animals and mankind.

That includes new channels opening up along northern Russia and Canada through which animals — and disease — can pass.

“In addition to influencing animal nutrition and physiological stress, environmental shifts may drive exposure to new pathogens,” says the study, published in Scientific Reports on Thursday.

“By altering animal behaviour and removing physical barriers, loss of sea ice may create new pathways for animal movement and introduction of infectious diseases into the Arctic.”

The study reported there was widespread PDV exposure and infection across the North Pacific beginning in 2003, with a peak that year and again in 2009.

“Association of open water routes through Arctic sea ice with increased PDV exposure or infection suggest that opportunities for PDV and other pathogens to cross between North Atlantic and North Pacific marine mammal populations may become more common,” the study concluded.