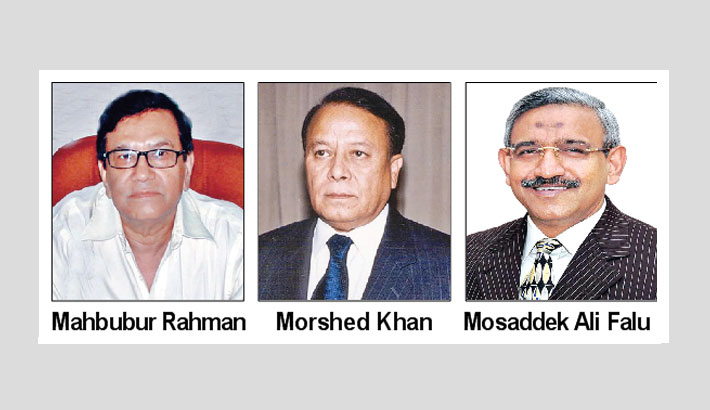 The crisis-hit opposition Bangladesh Nationalist Party (BNP) is now under a fresh challenge as aggrieved senior leaders, unhappy with the party’s acting chairman Tarique Rahman, were resigning or have become inactive.

BNP standing committee member retired lieutenant general Mahbubur Rahman, a former army chief, has also resigned recently. “Crisis is now prevailing in the party. The party can’t be run by the leadership who is staying abroad,” he told the daily sun.

“I have already sent my resignation letter to the BNP office a few days back. SecretaryGgeneral Mirza Fakhrul Islam Alamgir is informed about it,” he told the daily sun on Wednesday.

Asked about reason, he said “I am no more in politics. In the current political status of the BNP, it is not possible to do the politics I want. So, I have already told them about my decision to quit the party.”

Mirza Fakhrul Islam Alamgir did not reply to telephone calls to take his comments on the latest crisis to hit BNP.

If Khaleda Zia is not released from the jail and the party failed to wage any effective movement soon, the possibility of BNP splitting was getting more and more possible, another central BNP leader told the daily sun, wishing not to be named.

“Morshed Khan is inactive in the party activities for long while he is also old now. But he also may have some grievances. I think his resignation is not a big issue for the party,” BNP vice chairman Mohammad Shahjahan told the daily sun.

In his resignation letter, Morshed Khan mentioned ‘personal reason’ for resigning from the party’s vice chairman post including the primary membership.

However, party sources said the veteran BNP leader resigned from the party out of anger and dissatisfaction as he was deprived of party nomination in the 11th parliament election.

Moreover, a section of the party leaders have been working to corner him in Chattogram’s politics. His followers were excluded from party posts but party high command did not take any initiative to deal with the issues, which further angered him.

Morshed Khan told newsmen that “BNP is a massive party with huge popularity and public acceptance. This party is now running its operations over Skype. He (Tarique) is operating from London over Skype and that too with only selected leaders. It has turned into the ‘Bangladesh Nationalist Skype Party’. This is painful. I believe the next generation must assume leadership within the party — that would be my recommendation.”

BNP sources said a large number of leaders of the party including some senior leaders are seriously unhappy with Tarique Rahman who has been staying in London on self-exile for a long time and running the party in the absence of mother, BNP chairperson Khaleda Zia. Khaleda Zia, widow of general Ziaur Rahman, is now in jail after being convicted in a graft case.

The aggrieved senior leaders have been quitting the party one after another as they understand now that Khaleda Zia’s return to politics and going to power was a far-fetched wish, the sources added.

The party senior leaders including Abdullah Al Noman and Altaf Hossain Chowdhury are also unhappy with Tarique Rahman as ‘ignoring’ their role in the party, Salahuddin Ahmed, Amir Khashru Mahmud Chowdhury and Iqbal Hassan Mahmud Tuku have been made member of the party standing committee.

Hafijuddin Ahmed said “I’m deprived from the party as I can’t flatter the party’s top leader (Tarique Rahman). Though I have been the vice chairman of the BNP long ago but many others have become member of the party standing committee superseding me. However, I’m not resigning from the party now.”

BNP insiders said the party former vice chairmen Inam Ahmed Chowdhury, Morshed Khan and Mosaddek Ali Falu resigned from the party due to grievances as they were also unhappy with various decisions of Tariuqe Rahman.

Meanwhile, being aggrieved with Tarique Rahman over formation of a committee of Sylhet Jubo Dal, four leaders of the BNP, including Sylhet Mayor Ariful Haque Chowdhury, recently sent their resignation letters to the party’s central office. But their resignation was yet to beaccepted, party sources said.

Talking to the daily sun, some central leaders of BNP said Tarique’s leadership has been challenged as he failed to keep party unity. “At this moment, his (Tarique Rahman’s) decision is now more accepted than others in the party. He has weakened the party by taking some controversial decisions including making committees of different fronts and wings of the organisation as per his desire,” a senior leader said.

BNP insiders said a number of senior leaders including standing committee members Khandaker Mosharraf Hossain, Moudud Ahmed, Abdul Moyeen Khan and Jamiruddin Sircar were also unhappy with Tarique for his different ‘controversial’ decisions, but they have kept mum so far.

On the other hand, many central leaders including vice chairman Chowdhury Kamal-Ibne Yusuf and Shah Moazzem have also inactive in the party activities, being aggrieved with the Tarique Rahman, the sources added.