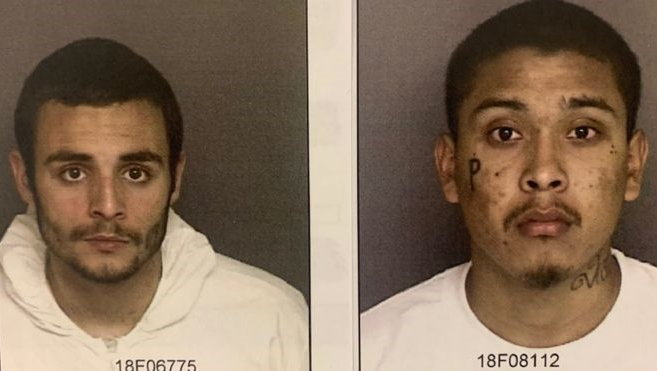 Santos Samuel Fonseca, 21, and Jonathan Salazar, 20, crawled through a 22in (55cm) hole they cut in a toilet ceiling at the jail in the city of Salinas, south of San Francisco.

The local sheriff's office said the men had exploited a "blind spot".

The two were awaiting trial for separate murder charges when they escaped on Sunday.

"We're disappointed that there are people charged with homicide who are no longer in our jail," Jonathan Thornburg, a spokesman for the Monterey County Sheriff's Office, said.

Authorities are searching for the fugitives, who are considered armed and dangerous.

The sheriff's office is offering a $5,000 (£3,800) reward for information about the suspects' whereabouts. 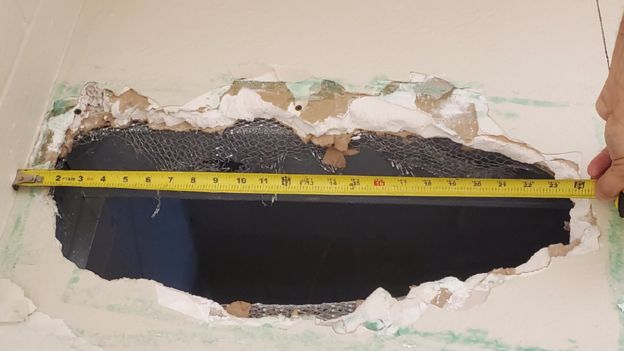 How did the suspects escape?

The suspects bored the hole in a toilet where prison guards could not see them, officials said.

The hole was wide enough for Mr Fonseca and Mr Salazar, both 5ft 7in (1.7m) tall, to climb through.

The opening led to a maintenance area filled with ducts and pipes. 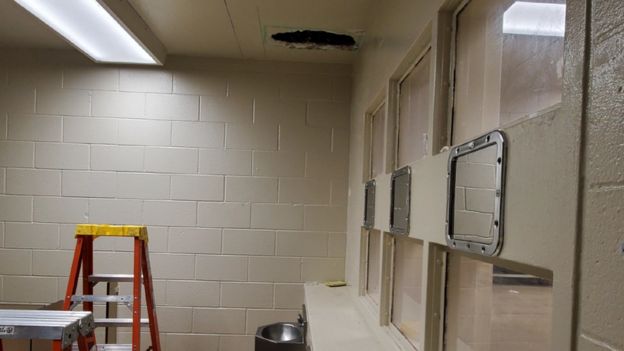 The suspects crawled through this space - said to be 11in wide in parts - until they reached a hatch, which they forced open and escaped through.

The hatch was at the back of the jail, where there was no security fencing with barbed wire, authorities said. 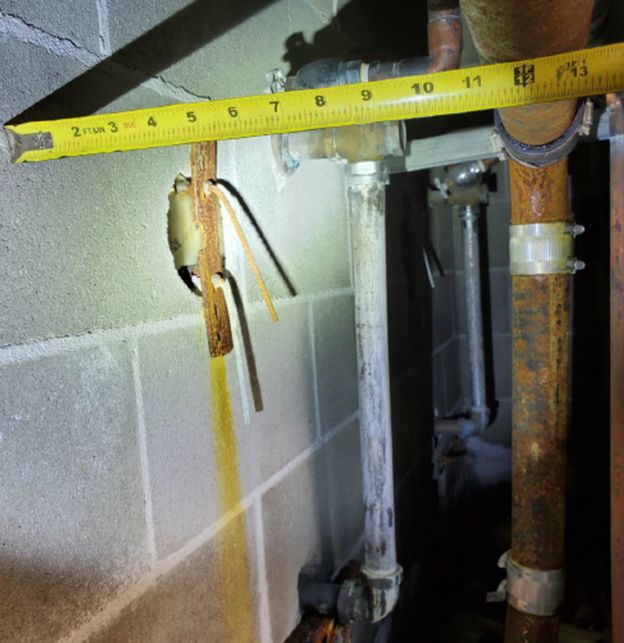 What are the charges against the men?

Salazar is accused of shooting dead Jaime Martinez, 20, in October 2017.

Both men have pleaded not guilty, the Los Angeles Times reported.