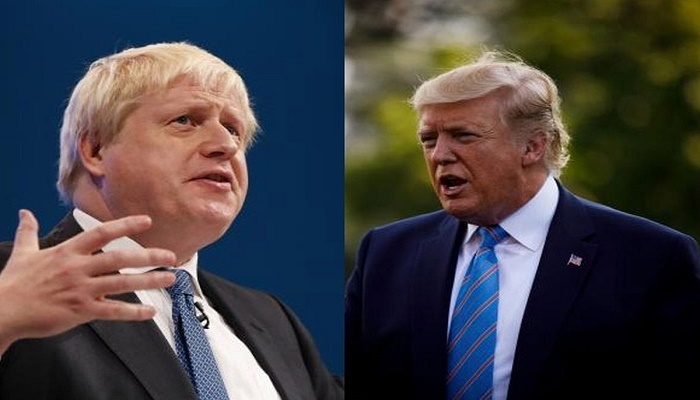 US President Donald Trump on Tuesday spoke to British Prime Minister Boris Johnson over the phone, discussing the issues of trade and burden-sharing among NATO allies, the White House said in a statement.

“The two leaders again reaffirmed their commitment to strengthening the Special Relationship through a robust bilateral free trade agreement once the UK leaves the European Union (EU),” the statement further said, reports The statesman.

While having a discussion on call, President Trump also stressed the need for NATO allies to robustly fund their defences, according to the statement.

Last week, Trump spoke with the British radio show where he had said that a trade deal between Washington and London would be impossible after Brexit under the withdrawal terms Johnson reached with the EU.

Trump, who repeatedly complained about NATO allies’ free-riding on the US military, is expected to visit London early December to attend the NATO Leaders’ Meeting.