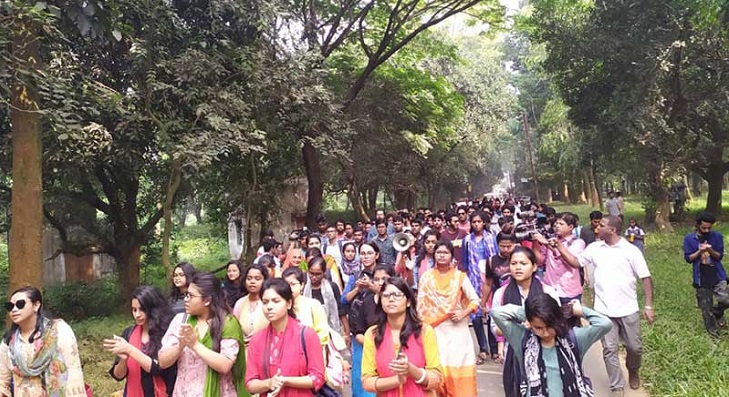 The authorities of Jahangirnagar University (JU) on Wednesday thretened to go tougher action if students do not leave halls denying order of the administration.

Professor Bashir Ahmed, President of the committee of JU Hall provosts, said that the administration will be forced to go tougher action if students do not leave halls denying the authority’s repeated call.

The students of the institution have been continuing their demonstration demanding removal of vice-chancellor Professor Dr Farzana Islam.

The protesting students brought out a procession on the campus from Murad Chattor at 9:00 am on Wednesday morning.

The JU authorities on Tuesday declared the university shut for an indefinite time and ordered students to leave their hall by 5:30 pm on Tuesday.

The declaration of closure came after a clash between demonstrating teachers, students and Chhatra League men that left about 25 people injured.

A section of teachers and students have been staging protest programme under the banner of ‘Jahangirnagar against corruption’ for last three months demanding VC Farzana Islam’s resignation for corruption allegation against her.