Prospects and Potentials of Cricket in Bangladesh 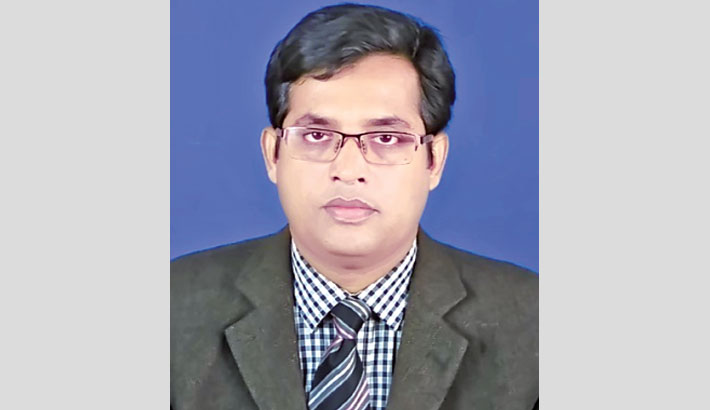 As a game, cricket is not quite popular in all countries over the globe. Only a few countries could play cricket even five years back. With the efforts of ICC, the coverage of cricket is expanding in different parts of the world. Even though, as compared to football, it stands well behind in terms of popularity and support all over the world.

The Indian subcontinent is a very fertile land of cricket as out of 10 test playing countries four countries belong to this subcontinent. From this perspective, the game of cricket has millions of supporters in these four countries. Once upon a time, when India and Pakistan were playing in their respective countries, it created an emotional war among the supporters of both countries. But, due to unstable political relationship between these two countries, the enthusiasm of cricket has started to fade away, particularly in Pakistan. In addition to political factors, charges of match-fixing against many cricketers coupled with political interferences have affected the image of Pakistani cricket. It does not mean that they are doing very poorly. In fact, they are trying their best to regain their past image.

If we talk about the prospects and potentials of cricket in Bangladesh we must start from the ICC Champions Trophy back in 1997. Our players showed their charisma to the cricket world by winning the championship beating Kenya. After then, it was all golden memories when Bangladesh attained the one day as well as test status. One cannot deny the contribution of Mr Saber Hossain Chowdhury as the President of the Bangladesh Cricket Control Board and the BCCI and ICC President late Jagmohan Dalmiya in the struggle of winning the test status. During that time it was discussed within the cricket world that the country could manage to attain the international status relying more on the diplomatic maturity than on the quality of cricket being played by the players. Whatever might be the causes, the fact remains true that Bangladesh has been playing international cricket since 2000.

In the last 19 years, the team Bangladesh went through different ups and downs along with the poor performance of the players and charges of max fixing. All these are parts and parcels of the game. But, the situation of Bangladesh cricket team started to change through their exceptional performance in the 2015 world cup. Our boys reached the quarter-final outplaying many giants. Our players’ performance made people astonished to think about the development of Bangladesh cricket. Even, 2019 world cup was quite successful. Although we could not make our place secured into semi-finals, our boys defeated a number of good teams. Most importantly, the all-round performance of Shakib Al Hasan was highly appreciated by all associated with the cricket beyond Bangladeshi supporters.

One of the most significant problems of the Bangladeshi cricket team is the lack of consistencies. Sometimes, they are called unpredictable. But, in the game of cricket, if you really want to increase your standard you just need to keep your momentum up. Despite showing very good performance in the World Cup, we had experienced a very poor performance of our cricketers in Sri Lanka tour as well as Afghanistan's which are really frustrating.

The present board deserves appreciation for everything they did in the last ten years to take the Bangladesh Cricket team to the next level. One cannot ignore their contribution in this regard. At the same time, it is also true that they have become monopolists as most of the board members including the President have remained in power more than two times. This is very natural that if someone occupies the same position many times, there is a possibility that he/she might be autocratic and monopolist. Even if we look at the central government level, our Prime Minister has recognized the fact that despite her efforts many of her leaders and administrators have been ruining her credibility through getting involved in large scale corruption. Thus, she has ordered the law enforcement agencies to carry crack-down on corruption which has been started from her own party.

Like the central government, we have heard the charges of corruption against many of influential officials of BCCB which has found true through the arrest of one of the board directors Md Lokman Hossain. It has also been learned from newspaper sources that one board director has taken money from different positions. The board presidents shouted at him at a press conference. Many newspaper sources have hinted on the fact that he was very close to Mr President. Even there are allegations against other board directors as well. Even, a very close relative of Bangabandhu killer is occupying a very influential position in the board. All these issues have negatively affected the image of the board.

Along with these criticisms, the future and fate of Bangladesh cricket have come under serious threat when the cricketers unitedly called strike placing 11 point demands just a few days before the India tour. They were so organized that there was no clue even in media that they could call such a strike. In response to their strikes, board President expressed his strong discontent against the players in front of media. Later, the issue got resolved through a meeting where both the parties expressed their satisfaction. But, the board President, from the day of the press conference, has been sensing a smell of a conspiracy to create problems in India tour. He was of the opinion that someone from home and aboard is instigating the players to create pandemonium.

Having observed the press briefing and reading online and print media I have got a feeling that the players have lost their faith and confidence in the board members which is not at all desirable. The way board President has expressed his antagonism against the players in front of media has created a sense of insecurity among the players which is the most dangerous thing in the context of the game. If someone feels that he will be fired if he fails to make a good mark in a series or a match, he would not be able to play good cricket. We all should know that cricket is a mental game.

In the meantime, the crisis has been further intensified through the imposition of ban on Shakib by ICC for two years, including one year of suspension. This sort of mistake was not expected from Shakib in any way. But, at the same time, we should praise him for accepting his mistakes very quickly. We all know that Shakib has brought an enormous amount of prestige for the country. Considering his contribution to the cricket and the nation, we all should stand beside him as he is a human being of flesh and blood.

To conclude, the Bangladesh cricket team has earned much fame and glory for the country. The players are our ambassadors as they represent Bangladesh through the game of cricket. We should not take any decision that may cause damage to the growing image of the game. We all know that our Prime Minister is a cricket lover. She is also an ambassador of sports. Thus, the present situation demands her intervention. She should hold discussion with the players in an attempt to boost them mentally. Thus, it is high time to rethink about the present situation and take appropriate actions to overcome this gloomy situation. In order to overcome this problem, if any reforms become imperative we should go for it. Thus, all eyes have remained fixed at the Prime Minister who could save the image of the game by taking appropriate action.

Pranab Kumar Panday, PhD is a Professor of Public Administration and an Additional Director at the Institutional Quality Assurance Cell (IQAC) at the University  of Rajshahi.