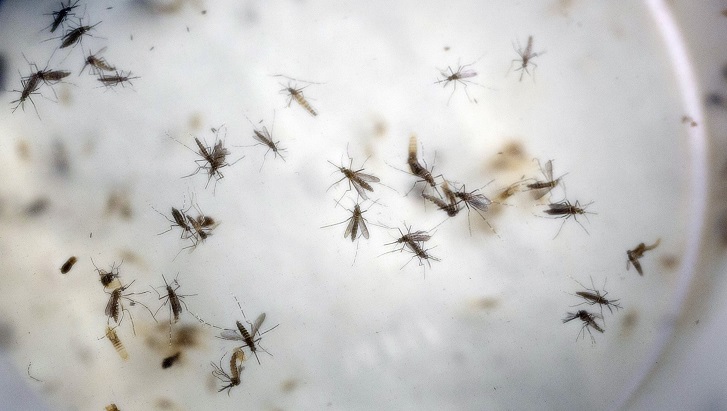 Dengue fever, a mosquito-borne disease that has claimed more than 100 lives this year in Bangladesh, continued to infect people as health experts warned that unless around the year eradication drives to kill the winged insects were undertaken, the situation could turn serious during the main breeding season.

The Directorate General of Health Services (DGHS) said around 95,772 people, were admitted to different hospitals with dengue across the country, including capital Dhaka, between June and October, indicating the disease was still around despite no major rainfall in recent days.

The health directorate report said 174 new dengue patients were admitted to different hospitals from 8pm on Sunday to 7am on Monday of them 54 in 41 hospitals in Dhaka.

Unofficial figures around 230 patients died since January this year, much higher thgan the official figure of more than 100. However, there is no record of patients who are taking treatment at private chambers while almost all government and non-government hospitals also provided outdoor treatment to a large number of dengue patients.

“The Aedes mosquito is carrier of dengue virus. If the mosquito is not controlled then the dengue and chikungunya again may attack Bangladesh in a big way,” Saif Ullah Munshi, chairman of Virology Department of Bangabandhu Sheikh Mujib Medical University (BSMMU) told the daily sun.

He said the Aedes aegypti mosquito lives in urban habitats and breed mostly in man-made containers. Female Aedes aegypti bites multiple people during each feeding period which infects people with dengue virus. “Aedes albopictus is a secondary dengue vector and can spread dengue,” he added. Saif Ullah Munshi, one of top virologists of the country said there were two ways to fight against these mosquito borne diseases—one was to make vaccine or anti-virals and the other was to kill mosquitoes.

Spraying insecticide should start from February every year and breeding places regularly destroyed, besides creating awareness among people and ensure vaccination drives to prevent dengue fever attacking the country, the scientist added.

A report of Health Emergency Operations Centre and Control Room of the DGHS said a total of 96, 820 people were admitted to different hospital across the country from January 1 to November 4 this year.

The Institute of Epidemiology, Disease Control and Research (IEDCR) has received 248 suspected deaths were caused by dengue countrywide, but 107 deaths were confirmed after review of 171 cases this year.

The sometimes fatal disease, was initially limited to the Dhaka city, as had been the case since its first reported case in Bangladesh in 2000, but slowly started spreading outside the capital for the first time in the fourth week of July and currently people were still being infected daily with the disease outside the capital.

The dengue infection spread to the whole country in just one week and the severity in the outlying districts overtook that of the capital. Since early September, dengue cases started to fall  across the country.

Asked about dengue situation and their next plan to control dengue in the country, Prof Dr Sanya Tahmina Jhora, director of Disease Control unit and line director of CDC of DGHS told the daily sun that though the dengue is still existed in the country but the number of cases fell in recent days.

“We have already conducted many awareness programmes to control the disease. We already held a technical committee meeting to find out ways to controll the dengue and we will organise a big programme on this issue in December which will be participated by local government representatives,” she added.

Jhora added that the health directorate conducted a survey in divisions, including Barishal, Khulna, Chittagong and Dhaka, on the dengue situation. “The survey has been completed. We are likely to get the report shortly,” she added.

Entomologist Khalilur Rahman of the DGHS said the survey conducted recently across the country, on which the final report is yet to be prepared, found high number of aedes mosquitoes all over the country. “In the survey, Aedes aegypti were found in high numbers in every city while Aedes albopictus were found in the rural areas,” he added.

However, residents of different areas in the capital said they were still in panic on getting infected with dengue, but there were very little activities to eradicate mosquitoes.

Experts said dengue menace still remained a risk, but the activities to control mosquito by the Dhaka city corporations slowed down.

Talking to daily sun, Dhaka North City Corporation chief health officer Brig Gen Mominur Rahman claimed that their regular activities are going on to control mosquito but it doesn’t continue like peak season . “The citizens have to be aware,” he said.

While talking to the daily sun, health experts said people were infected with the dengue mainly in the cities as it has breeding grounds for the winged blood-sucking insects while the climate change effects, intermittent rain, pattern of weather and lack of cleanliness were the main reasons for dengue cases.

National Guideline for Clinical Management of Dengue Syndrome-2018 said the monsoon and post monsoon in Bangladesh is a peak time to develop dengue.  “Monsoon usually falls in June and July every year. The case loads increases thereafter in August and September and can extends up to October.”

Talking to the daily sun, ASM Alamgir, principal scientific officer of the IEDCR, said people have to remain cautious all the time including rainy season for prevention of the disease. “We have to keep our neighborhoods clean and destroy all dens of Aedes mosquito, dengue vector. All the controlling programmes should be continued round the year without any pause. Personal consciousness is very much important to check dengue disease,” he added.

Aedes mosquitoes live mostly in and around urban habitats and breed in clean water filled containers like abandoned cans, pots, cups, flower tubs, coconut shells and tyres at and around homes. But Aedes albopictus lives in rural settings and breeds in natural water holes mostly in trees.

According to the World Health Organisation (WHO), dengue is a mosquito-borne viral infection which causes flu-like illness, and occasionally develops into a potentially lethal complication called severe dengue. There is no specific treatment for dengue or severe dengue, but early detection and access to proper medical care lowers fatality rates below 1 percent.

The WHO further said an estimated 500,000 people with severe dengue require treatment in hospital worldwide each year, with an estimated case fatality rate of 2.5 percent.