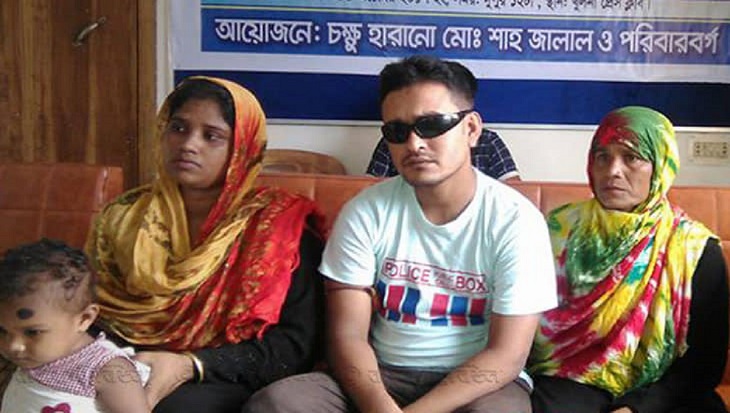 A Khulna court on Monday sentenced Shahjalal, whose eyes were gouged out under police custody, to two years’ imprisonment in a case filed for mugging, reports UNB.

The court also fined Shahjalal Tk 5,000 and in case of failure to pay the penalty, he will have to serve one month more in prison.

On July 18, 2017, police arrested Shahjalal in a mugging case and took him to Khalishpur Police Station where they tortured Shahjalal for Tk 40,000.

On July 19, 2017, the family members of Shahjalal found him lying on the bed of Khulna Medical College Hospital with gouged eyes.

Shahjalal’s father filed a case against 13 people, including the officer-in-charge Nasim Khan, in this regard.

On July 29 of the same year, police submitted a charge-sheet against Shahjalal in the mugging case.

Advocate Nurul Haque, a counsel of Shahjalal, said police arrested him in a mugging case but nothing was recovered from his possession.