Working children at risk of trauma 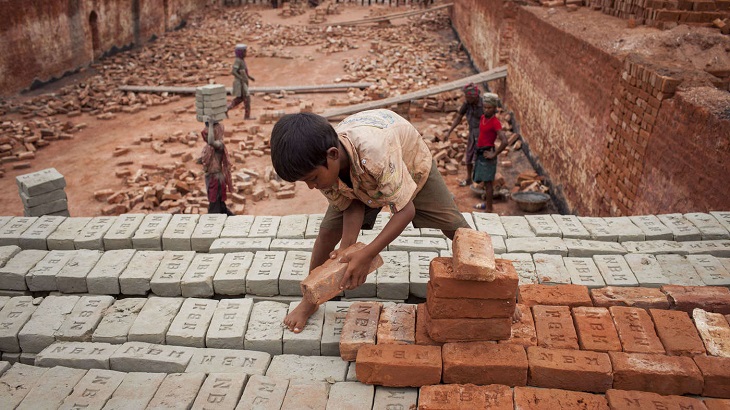 For representational use only

Most of the working children in the capital are at risk of physiological trauma after being roughly rebuked by their employers and other staffs, said a recent study.

Trauma is damage to the mind which leads feeling of helplessness that diminishes the ability to feel the full range of emotions and experiences.

In the latest study, Spanish development agency Educo said that around 68.5 per cent of children in Dhaka’s transport sector are victims of personal attack by employers.

Talking to the Daily Sun, rights activists recommended increasing social awareness about how to behave with the working children as well as rehabilitating them with technical education. Of the total surveyed children, around 37 per cent suffered from depression which could lead to a state of trauma, according to the study.

The survey was conducted among 544 child workers from the both domestic and transport sectors under  15 police stations of Dhaka City including direct intervention areas.

The findings show that around 64 per cent of working children are at risk of suffering physical injury while over 80 per cent of children did not have access to proper healthcare services.

Rights activists alerted that there was no alternative to technical education to save the children from risky works in the city.

Educo Child Labour specialist Afzal Kabir Khan said the employers should treat the working children with care as they supported work on roads and at home.

“It (behavior) depends on personal attitude. As we found in the study, most of the working children experience rough behavior from their employers which led them to trauma state or other mental complexities,” right activist Afzal Kabir told the daily sun urging the authorities for introducing physiological counseling for improving mental health of working children.

Of  the total, over 90 percent child workers were not attending any technical educational institutions due to unavailability of technical schools nearby, according to the study.

World Vision Bangladesh Advocacy and Child Protection Coordinator Mir Rezaul Karim said “Policymakers should focus on introducing specialised technical education for working boys and girls. As we experienced good result by providing technical works to 88,000 working children across the country. In our programme, we offer mechanical and technical tasks for boys and swing and beauty parlour works for girls to empower themselves with self-dependency.”

Its may be mentioned that there are around 1.2 million children still are worked as domestic aides or inother areas, according to the International Labour Organisation (ILO).