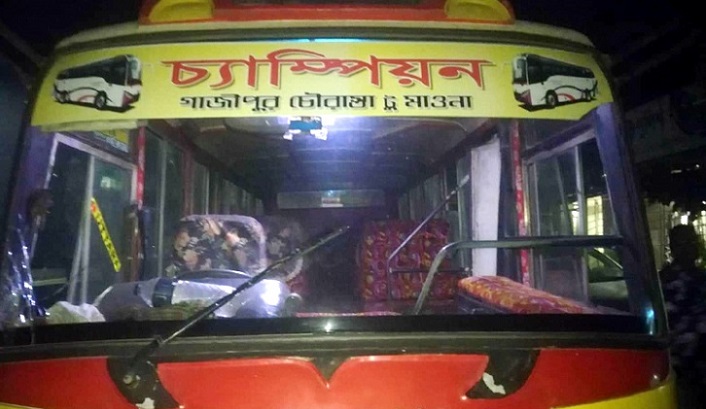 Two transport workers were held for their alleged attempt to rape a ninth grader girl inside of a running bus at Sreepur in Gazipur on Saturday night.

The detainees are Juwel, 28, son of Kabir Hossen of Amra village in Fulbaria upazila of Dinajpur district and Ashik, 22, son of Altu Miah of Chandankandi village in Kendua upazila of Netrokona district.

The duo is the helpers of a driver of a passenger bus titled Champion Paribahan (Dhakametro-J-14-0493). Police seized the bus during the operation. The bus driver Harun Miah managed to flee the scene immediately. 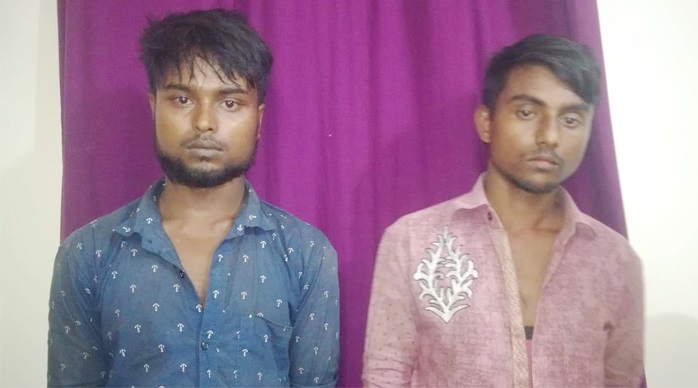 The arrested helpers of the bus

Quoting the teenager victim, officer-in-charge (OC) of Mawna Highway Thana Monjurul Islam said, “The girl is a class nine student of a school in Dhaka. She is involved with programmes like entertaining short films and short dramas. She boarded on a passenger bus of Champion Paribahan plying on Gazipur-Mawna route to attend an entertaining programme at Rajendrapur in Gazipur. After a while, the helpers persuaded the passengers to get down showing a problem. But, the driver of the bus informed to the girl that they will pick her to the destined place although they have encountered with a problem.”

“Later, the driver took the bus on Mawna flyover where the helpers attempted to rape the girl. But, the girl managed to break the window as she knocked it with her legs. Hearing hue and cry, pedestrians informed Mawna Highway police. Police rushed to the spot and rescued the girl.”

Officer-in-charge Liakat Ali of Sreepur Thana confirming the matter said the girl filed a case with the police station accusing the three on that very night (Saturday).