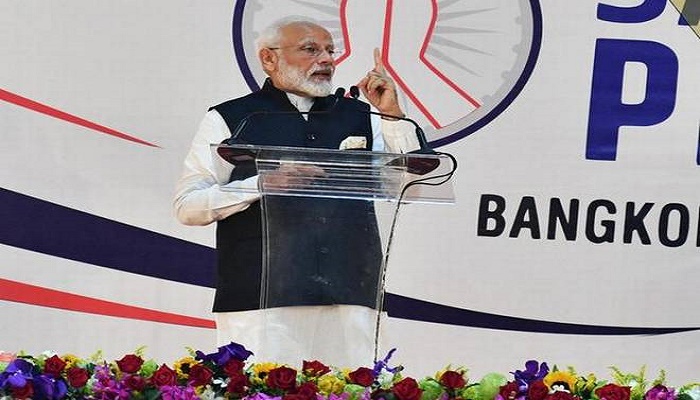 Speaking at an event to mark the golden jubilee of the Aditya Birla Group’s presence in Thailand on Sunday, Indian Prime Minister Narendra Modi invited Thai business leaders to invest in India.

India is undergoing transformative changes and has stopped working in a routine, bureaucratic manner, Modi said, The Statesman.

The prime minister also talked about his government’s economic initiatives to reform India’s tax regime and said the country is now starting face-less tax assessment to remove any scope for discretion or harassment.

The prime minister said it was the best time to be in India and that things such as foreign direct investment, ease of doing business, ease of living and productivity are rising and tax rates, red-tapism, corruption and cronyism are declining.

Stating that India is one of the world’s most attractive economies for investment, he further said that India received 286 billion US dollar FDI in the last five years, which is almost half of the total FDI in the country in the last 20 years.