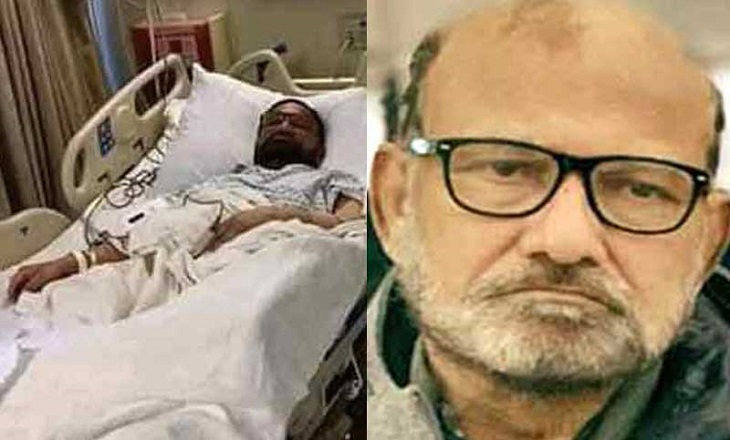 “Cancer has spread out over his lungs. He is now at the intensive care unit of the hospital. He might be kept on life support anytime,” Khoka’s elder son Engineer Ishraque Hossain told media.

Ishraque Hossain, a member of BNP’s foreign affairs committee, sought prayer to everybody for the recovery of his ailing father on Saturday through a video message.

Ishraque went to the Bangladesh consulate today (Saturday) with a letter written by his mother addressing the Consul General of Bangladesh Consulate to kindly assess their situation and provide them with the passports as quickly as possible.

In the video message, Ishraque further said after his parent’s passports expired in 2017, they applied for renewed passports to the consulate but they did not receive any answer yet.

The health condition of Khoka, who has long been receiving treatment in the USA for cancer, has turned critical a few days back.

Khoka, also a former minister, was arrested days before the January-5 national election in 2014.

Released on bail from jail, he was admitted to Birdem Hospital in the capital, but doctors could not exactly detect his health problem.

Later, he went to the USA on May 14, 2014 and has been receiving treatment there since then.