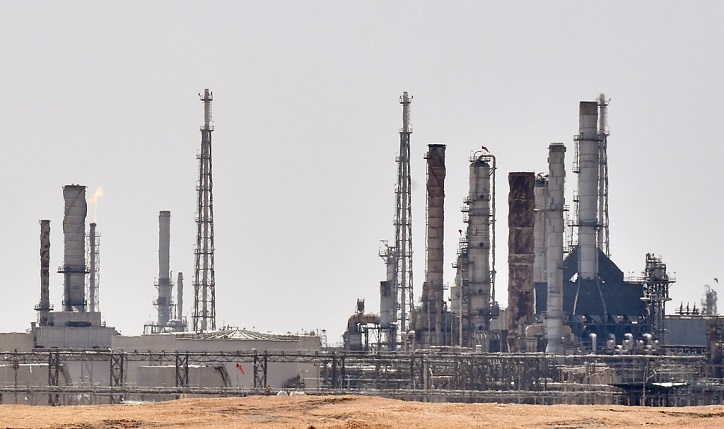 From its beginnings in 1938 when it first struck oil with the aptly named "Prosperity Well", Saudi Arabia's energy giant Aramco, whose IPO could be announced Sunday, has delivered unimaginable riches.

A person close to the matter told AFP on Friday that Crown Prince Mohammed bin Salman is expected on Sunday to formally launch the long-anticipated and delayed stock offering of the state-owned company.

Aramco is poised to sell a total of five percent on two exchanges, starting with an initial listing of two percent on the Tadawul Saudi bourse in December.

Over the decades, it has grown into the world's largest and most profitable energy concern, generating some 10 percent of global crude supplies and trillions of dollars in income.

The company is valued at between $1.5 and $1.7 trillion, with the combined listings set to raise $75 billion to $85 billion in the event that this valuation is achieved.

Aramco was expected to launch the first part of the two-stage IPO in October, but the process was delayed, reportedly due to the prince's dissatisfaction with the valuation, which fell short of a hoped for $2 trillion.

The energy giant has been hit by a recent string of attacks on its oil facilities, the latest and most serious halting the flow of 5.7 million barrels of oil per day -- over half of its output -- in drone strikes on September 14.

The strikes had threatened to undermine plans for Aramco to make its stock market debut.

The firm has its origins in a 1933 concession agreement signed by the Saudi government with the Standard Oil Company of California. Drilling began in 1935 and the first oil began flowing three years later.

It gained its current name from the subsidiary created to manage the agreement that was called the Arabia American Oil Company in the late 1940s.

In 1949, oil production hit a milestone 500,000 barrels per day and the following year Aramco built the 1,212-kilometre (753-mile) Trans-Arabian Pipeline to export Saudi oil to Europe across the Mediterranean Sea.

Production rose rapidly after the discovery of large offshore and onshore oilfields including Ghawar, the world's largest with some 60 billion barrels of oil, and Safaniya, the biggest offshore field with 35 billion barrels.

In 1973, with prices spiking at the peak of the Arab oil embargo -- imposed against the US over its policy on Israel -- the Saudi government acquired 25 percent of Aramco to increase its share to 60 percent and become a majority stakeholder.

Seven years later, it was nationalised, and in 1988 it became the Saudi Arabian Oil Company, or Saudi Aramco.

From the 1990s, Aramco invested hundreds of billions of dollars in massive expansion projects, raising its oil output capacity to over 12 million bpd, alongside making bold international acquisitions and pursuing joint ventures.

In mid-September, Aramco maintained some 260 billion barrels in proven oil reserves, the second largest in the world after Venezuela, in addition to 300 trillion cubic feet of gas.

Based in Dhahran in the country's east, the firm has key oil operations in the United States, China, India, South Korea and several European and Asian nations.

Aramco has also built a network of pipelines and refineries inside and outside the kingdom and expanded its presence in the petrochemicals industry.

Earlier this year, it opened its account books for the first time. It announced a $111.1 billion in net profit for 2018, up 46 percent on the previous year, and generating $356 billion in revenues.

The opening of its secretive accounts was designed to increase transparency ahead of the IPO which is the cornerstone of de facto leader Prince Mohammed's "Vision 2030" reform plans for the country.

However, the listing has been repeatedly delayed, with analysts citing low oil prices as well as squeamishness over disclosing facts and figures about the firm which have traditionally been viewed as state secrets.