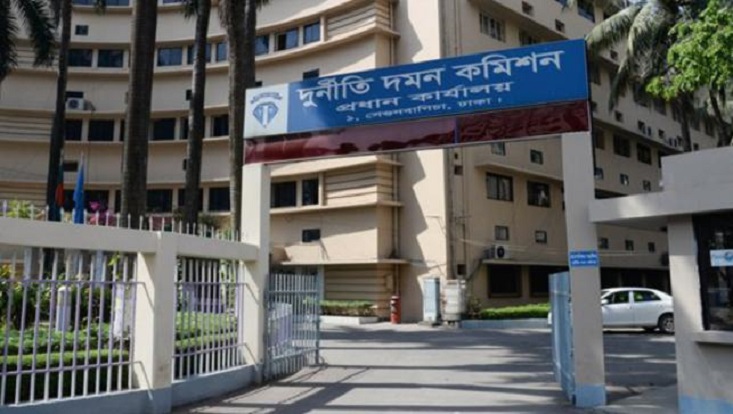 The Anti-Corruption Commission (ACC) intensified anti-graft drives to find out the illegal wealth of the corrupt people that amassed a huge amount of illegal wealth and laundered them abroad.

The anti-graft body has already brought a number of politicians, businessmen and government officials to book them on charges of acquiring illegal wealth beyond known sources of income.

Earlier, the ACC launched the probe on September 30 to unearth the illegal wealth of the people involved in the unauthorised casino operations and other illegal businesses.

The ACC already filed seven cases accusing 10 people for their alleged involvement in accumulation of illegal wealth by opening casinos and other illegal means.

Since the launch of the raids in Dhaka’s casinos on September 18, politicians, businessmen and government officials, among others, got arrested.

At least 277 people, mostly AL leaders and activists and its front organizations — 224 in the capital and 53 elsewhere — were arrested during the drive.

RAB, Police and Narcotics Department (DNC) conducted 50 drives at 22 sporting and recreation clubs, five bars, three spas and other places including homes and offices of leaders of AL and its front organisations.

On allegations of involvement in irregularities, Awami Juba League chairman Omar Faruk Chowdhury and Awami Swechchhasebak League president Molla Md Abu Kawsar were removed from their posts while dozens of AL and its wing organisation leaders expelled over casino connection.

As a part of the anti-graft crackdown, ACC on Thursday sent a letter to Corrupt Practices Investigation Bureau (CPIB) of Singapore requesting them to provide the list of Bangladeshis who have been gambling in Singapore casinos in the last five years.

In the letter, ACC said Anti-Corruption Commission, Bangladesh launched an all-out drive against the corrupt people who have amassed illegal wealth and siphoned money abroad.

Mentioning that the drive in line with the Bangladesh government’s zero tolerance policy against corruption, ACC said probe has revealed that a number of dishonest people have laundered their ill-gotten money to different countries including Singapore to gamble in casinos there.

The letter stated that “ACC of Bangladesh needs to get the full list of people who played gambling in casino in Marina Bay and elsewhere in Singapore.”

It said: “As per the report every person form outside Singapore has to submit his/her passport before entering into a Casino in Singapore.”

In the letter, ACC requested the Singaporean CPIB to collect the passport numbers of the Bangladeshi citizens who played in Singaporean casinos in the last five years and provide the list to the ACC.

The anti-graft body also mentioned in the letter that the Article 48 of the United Nations Convention against Corruption of which Bangladesh and Singapore are signatories.

The Article requires State Parties shall cooperate closely with one another, consistent with their respective domestic legal and administrative systems, to enhance the effectiveness of law enforcement action to combat the offences covered by this Convention. State Parties shall, in particular, take effective measures against corruption.

Confirming about the letter, ACC DG ANM Al Firoz said they sent the letter to Singapore after the commission confirmed that a good number of Bangladeshi citizens gamble at different casinos in Singapore.

The ACC would expect quick and positive response from the CPIB of Singapore as they are UNCAC signatory, he said.

The anti-graft national agency also sent a letter on Wednesday to Bangladesh Bank seeking bank statements and transaction records of over 400 accounts frozen recently by the Bangladesh Financial Intelligence Unit (BFIU) of the central bank.

In the letter, ACC Director General Sayeed Mahbub Khan sought information of frozen bank accounts from general manager of BFIU mentioning that “It is learnt from the media reports that BFIU has frozen bank accounts of over 400 people and organisations after the anti-graft drive began.”

“For the sake of conducting the ongoing enquiry and cases properly, it is necessary to analyse frozen bank accounts statements and transaction records,” reads the letter.

Meanwhile, the ACC also sent a letter on Tuesday, asking Bangladesh Road and Transport Authority (BRTA) to provide them with a list of personal lucrative luxury vehicles, with engine capacity of 2,500cc and above.

The letter also specified that the new list must include information of new or reconditioned luxury vehicles registered using fake documents, which are now under ACC surveillance.

ACC secretary Mohammad Delwar Bakth said the commission would carry out probe against those who have amassed cash or property beyond known sources of income.

“Action will be taken against casino businessmen after investigating their wealth and the probe will include family members of the businessmen who amassed a huge amount of illegal money.”