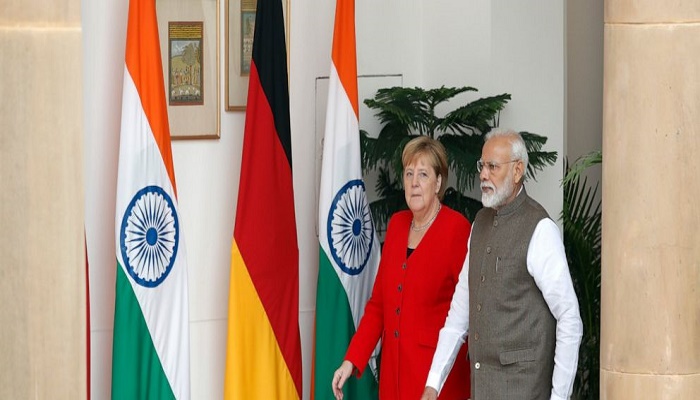 The deals were held at the fifth India-Germany Inter-Governmental Consultations (IGC) in New Delhi today.

The German Chancellor came to India on a two-day official visit on Thursday night.

Merkel is accompanied by several ministers and state secretaries as well as a business delegation.

Germany is India's largest trading partner in Europe. Bilateral trade reached $21.9 billion in the 2017-18 financial year, an increase of 17% from the previous year.