For a Migrant-Friendly Recruitment System 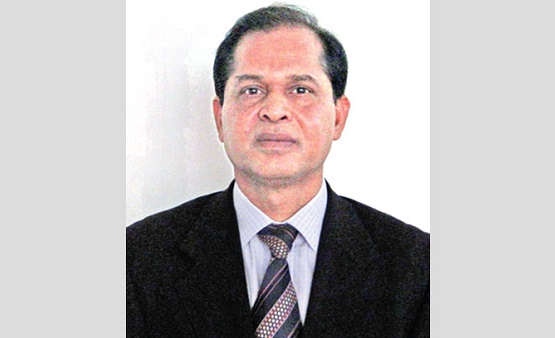 Last Monday (28 October), the Daily Sun, on its front page, published a report titled ‘Poor workers get poorer after S Arabia deportations’. As it has been described in that report, two types of workers are coming back to Bangladesh. The first type is that group of workers who have legal problems to continue their works there and the other type of workers who have no choice but to leave the Kingdom though they have valid documents. The major portion of the second type is our women workers, who are returning, almost every day, after suffering, mainly, from physical torture or sexual abuse by their employers.

However, the report has featured a different picture of the issue where the Secretary of the Ministry of Expatriates’ Welfare and Overseas Employment has said that most of the Bangladeshi women workers in Saudi Arabia are working happily and those returning home were coming back after failing to cope up with the local environment and culture. If that is the case, it certainly does not seem to be a cause for our anxiety. But many may raise the question on the reality of Saudi Arabia's environment and culture. Well, that is something we understand. The fact is that as we have come to the Kingdom to work, we have to adapt everything there.

The report has said that many Bangladeshi poor workers are getting poorer once they have been deported in the wake of the massive crackdown by Saudi Arabian law enforcement agencies.

In fact, it was not the dream of those workers before going abroad that they would return empty handed; rather, they had the dream of a better life after returning from working abroad. These workers, as normal practice, invest a good amount of money collected by selling properties or taking loans on very high interest rates. But when they fall in such a situation, they have no way to recover even in going back to their previous economic condition. It goes beyond their ability to repay the loan. There is no doubt that the issue becomes very inhuman. But, there is nobody to take the responsibility. Only the victim's family slowly becomes poorer, unable to stand again on their feet.

In a column on the Bangla daily 'Kaler Kantho' on 17 April 2017, I highlighted the urgency of ensuring the protection of our women migrant workers going as domestic workers before sending them abroad. At that time, a report was also published in that daily about the return of hundreds of our women domestic workers from Saudi Arabia experiencing various torture and abuse. I also mentioned in my writing a number of possible steps that might facilitate the prevention of those harassments on our women workers.

A year later, in June last year, we saw the same scenario when a significant number of abused women workers returned to Bangladesh. I, once again, wrote another article for Kaler Kantho, which was published on 27 June 2018. But the flow continued. On the other hand, the arrest or deportation of male migrant workers is a matter of routine.

Now, the obvious question - why is this happening and how? We know that there is a strong regulatory body of the Government to look after our migrant workers. It might be so that there is lack of necessary rules and regulation on this issue, either for dignified follow-up or proper implementation of those. The issue becomes more complex due to the unawareness or ignorance of our intending migrant workers. On the other hand, the role of recruiting agencies and the persons (particularly for KSA) who actually act as the middlemen between the workers and the Saudi employers is very important. In fact, these agencies and middlemen, who play the most crucial part in the entire drama, normally remain out of touch when the workers sent by them are either deported or put in jail. We do not see them shouldering any responsibilities for their own workers from whom they earned a lot of money. Does any policy or practice exist in Bangladesh to make those agencies or people involved in such cases accountable?

I strongly believe that the concerned authority of Bangladesh maintains the list of workers including the names of the agencies through which they are going abroad and the respective employers. If it is such, then it should not be difficult to find out the entire cycle once something wrong happens. If a worker is arrested for his own fault, then our Government/Mission should try to extend him all necessary cooperation. If a worker has to come back for an employer’s physical torture or sexual abuse or breaking of the contract, then the concerned agency and the employer should be brought to the law. Any way, we should not ignore the importance of proper investigation of these incidents through our Missions abroad, regardless of the nature of such incidents.

We should not allow continue the harassment anymore, which the Bangladeshi workers have been facing severely for the last few years. As a result, the image of Bangladesh is challenged as well as creating the ways of disruptions in recruiting workers from Bangladesh. Very often, a number of countries even stop taking our workers. As tragic as it is to send a worker on an illegal route, it is also disappointing to be legally deprived of a job due to an employer’s or worker’s fault. To get rid of all these, that is, to make the lives of migrant workers safer, the transparency in the migration process is essential. And that transparency can only guarantee a proper and secured migration process. Establishing such a system finally becomes migrant-friendly. As long as the workers are sent following the present ways, we have to deal with such torture and harassment cases. There is no possibility of occurring something different, at least that can be guaranteed.

The largest number of our migrant workers (both male and female) is working in Saudi Arabia. For obvious reason, there would be more problems coming from there. And so is the case with female workers. If the rule of law is not strict, then it is very easy for the culprit to cross. Moreover, if there are no provisions in the worker's employment contract that guarantee the worker's right to protection, then the worker becomes an easy prey of deprivation. I do not know how many Saudi employers have so far been punished for any violation, as hundreds of women workers from Saudi Arabia are returning to their homeland after being subjected to physical abuse and sexual harassment. But, has that caused to stop sending of our women workers to Saudi Arabia? In fact, these events have failed to shake our thoughts and emotions. Otherwise, at least some action would have to be taken. Perhaps, we do not want to listen what enter into our ears as well as we do not want to see what comes in front of our eyes.

However, it seems that the overall situation of this issue should be taken into consideration in our approach. And if that was the case, it would seem that the lives of the migrant workers would have been better and safer. If we could give importance, at least, to the following four things, a satisfactory development would have been possible in this sector. Firstly, the recruitment process of our workers needs to be migrant-friendly, safe and secured. The second is that all concerned should be brought under constant monitoring arrangements. Thirdly, the employment contract between the employee and the employer must be of international standard so as to ensure the overall safety of the worker. And fourthly, instead of the countries of the Middle East, we should find out alternative destinations to send more women workers where they would be more secured and protected. In this regard, we may like to think of the nearby destinations, like Singapore, Hong Kong or Macau, as those are much safer and salaries and other facilities are comparatively better than the Middle East.