Rab wants to witness AL’s fall before his death 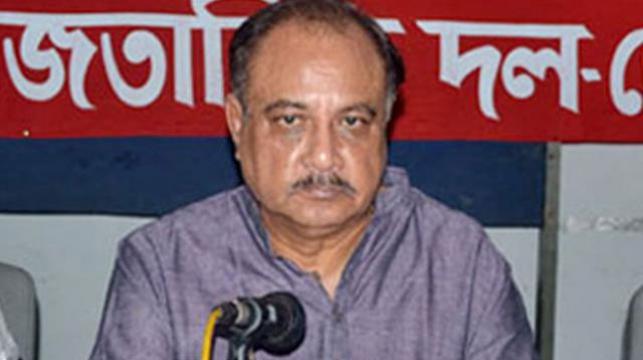 Jatiya Samajtantrik Dal (JSD) president ASM Abdur Rab has said he would like to witness the farewell of the ruling Awami League party from the power before his death.

“I have witnessed many elections including the elections under Pakistani strongman Ayub Khan as well as HM Ershad. But I have seen “vote robbery” in the December 30 national elections. Voters couldn’t go to the polling centres and cast their votes. Therefore, I want to witness the farewell of Awami League (AL) before my death,” he said.

Rab, also the spokesperson of Jatiya Oikya Front, made the remarks at Thursday night at the Supreme Court Bar Association (SCBA) on the SC premises marking the 47th founding anniversary of Jatiya Samajtantrik Dal.

Urging the leaders and activists of the Oikya Front to take to street, the JSD president emphasised on greater unity to forge a mass movement.