China rolls out 'one of the world's largest' 5G networks 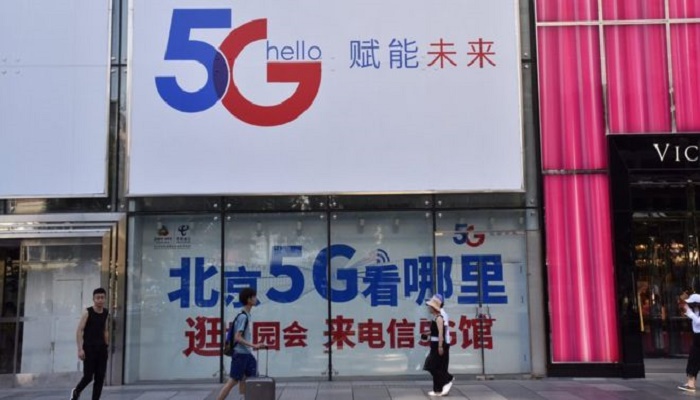 China's mobile operators have made 5G services available to consumers, as the country seeks to become a global technology leader.

It comes as Beijing and Washington have been embroiled in a power struggle over trade and technology, reports BBC.

South Korea, the US and the UK have all rolled out their next generation 5G networks this year.

5G is the fifth-generation of mobile internet connectivity. It promises much faster data download and upload speeds, wider coverage and more stable connections.

The superfast service is now available to consumers in 50 Chinese cities, including Beijing and Shanghai, with prices for monthly plans ranging from 128 yuan ($18; £14) to 599 yuan, according to state media Xinhua.

More than 130,000 5G base stations will be activated by the end of the year to support the 5G network, the government said in the statement.

China and the US have been fighting for leadership in the technology sector in recent months, with Chinese tech giant Huawei at the centre of their power struggle.

Huawei has supplied the largest amount of network equipment for China's 5G rollout and has been in talks with various other countries to help with their 5G networks.

However, the US has blacklisted the company, arguing it poses a national security risk and has lobbied allies to shun Huawei from their 5G networks.