Tannery village to be set up in Mirsarai 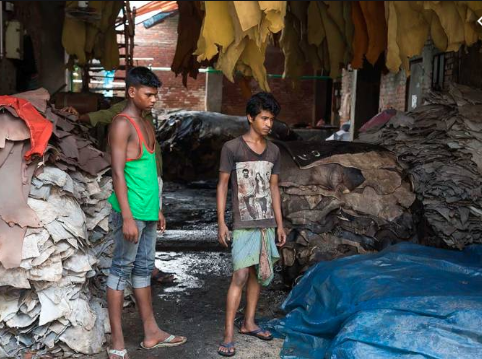 Tannery Village, the second of its kind across the country will be set up in Mirsarai Economic Zone (MEZ) under Bangabandhu Shilpa Nagari (BSN) ‘Industrial city’ belt in the near future.

MEZ has awarded allocation nearly 300 acres of land from BSN for locating the proposed Tannery village.

Bangladesh Small & Cottage Industries Corporation (BSCIC) sources told that government has decided to establish two Tannery villages across the country after Savar tannery zone. One will be built at Rajshahi and the second one at Mirsarai, Chattogram.

In this connection, BSCIC will deposit earnest money for the proposed land of MEZ to Bangladesh Economic Zone authority (BEZA) by first week of November next.

Earlier, Chairman of BEZA Paban Chowdhury at a meeting with the leaders of Chattogram chamber of commerce and industries.

To survive the prospective leather industry and dynamism in leather products in the country, government has taken steps to establish a Tannery village in Mirsarai for the development of this sector, he added.

Talking to BSS President of CCCI Mahbubul Alam said that government had undertaken projects for 100 special Economic Zone (EZ) in the country with one stop service of which 30 zone are earmarked in greater Chattogram.

He said after implementations of these proposed EZ in greater Chattogram, the reality and dream of commercial capital will come into final shape.

Alam said 30 to 40 percent raw hides are collected from Chattogram and establishment of modern tannery industries is most essential for earning desired foreign currency from this sector.

It is learned that there were 22 tannery factories in Kalurghat and Oxygen areas in the city before and after emergence of Bangladesh and out of total 22, only two tanneries are running.

CCCI President also hoped that to fulfill the vision of middle income country by 2021 and developed country by 2041 of Prime Minister, concerned government agencies and related private entrepreneurs should come forward to boost up this sector and development of footwear industries in the country.