Awami League prepares intruders’ list ahead of next council: Quader 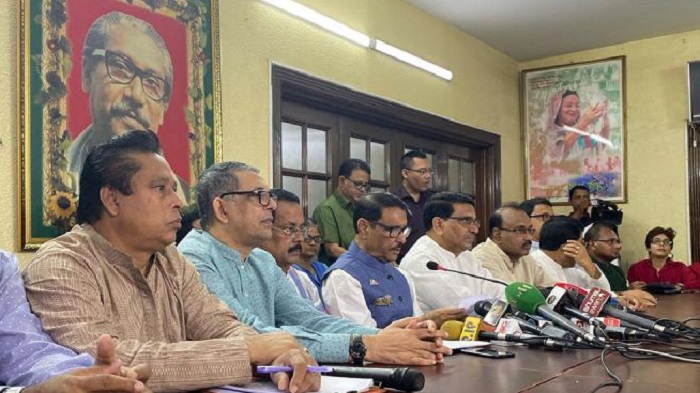 Awami League (AL) general secretary Obaidul Quader on Thursday said they have made lists of intruders in the party ahead of its upcoming 21st national council, to be held in December.

“The Awami League has prepared lists of intruders. Those, who are intruders into the party, will be excluded from the party in the next council,” he said.

Quader, also the road, transport and bridges minister, came up with the remarks while addressing a press conference after attending an AL secretary-level meeting at party president Sheikh Hasina's political office at Dhanmondi in the capital.

He said, “We are staying alert so that no controversial persons can intrude into the AL and its associate bodies.”

The AL leader also informed that party president and Prime Minister Sheikh Hasina has prepared a list of intruders with the help of some party leaders and intelligence agencies.

“We have already held meetings with the divisional leaders regarding the list. Action will be taken from every next council of AL and its associate bodies so that no intruder can join the party,” he said.

Terming the intruders ‘enemies of the party’, Quader also urged the AL leaders and workers not to bring any controversial person in the party only to increase the number of party men.