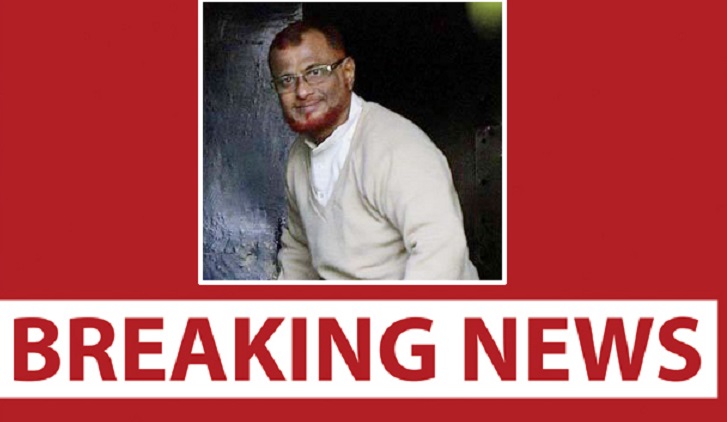 The Supreme Court (SC) will deliver its verdict on Thursday on the appeal filed by condemned prisoner and Jamaat leader ATM Azharul Islam challenging death sentence awarded by a lower court for committing war crimes in 1971.

The issue has been on the top of the apex court’s Thursday’s activity list.

Azhar along with his associates committed mass killing, rape, arson and other crimes against humanity in Rangpur region during the country’s Liberation War.

A four-member bench headed by Chief Justice Syed Mahmud Hossain completed hearing all sides into the appeal on July 10 and kept the matter as ‘case awaiting verdict (CAV)’.

This is the 10th appeal against lower court verdict on war crimes going to receive the Supreme Court decision.

Azhar, along with Jamaat and Chhatra Sangha activists, collaborated with the Pakistan Army and attacked villages around Jharhuar Beel on April 17, 1971.

They torched and looted houses and killed over 1,200 Hindus. Another 200 Hindus were detained and later killed at an undisclosed location. The incident is said to be the single biggest act of genocide in the war.

The ICT awarded capital punishment to ATM Azharul Islam on December 30, 2014 for committing murders, rapes and genocide during the Liberation War in 1971.

The tribunal found him guilty of five of the total six charges framed against him.

The court said he should be hanged for charge no-2, 3 and 4. Charge no-2 says Azhar gunned down 15 unarmed civilians in Dhap Para area in Rangpur on April 16.

As per charge no-3, he was involved in a massacre at Jharhuar Beel and killing of more than 1,200 unarmed civilians on April 17. Azhar committed abduction and murder of four teachers of Carmichael College and others on April 30, says charge no-4.

Besides, he was sentenced to a total of 30 years of imprisonment in the remaining charge no-5 and 6 for raping women after confining them at Rangpur Town Hall between March 25 and December 16 and torture of Shawkat Hossain and Rafiqul Hasan between mid November and December 1. Azhar filed the appeal against his conviction on January 28, 2015.

The appeal hearing was scheduled for October 10, 2017 but the lawyer of the convict pleaded for more time. Finally, the SC started Azhar appeal hearing on June 18.