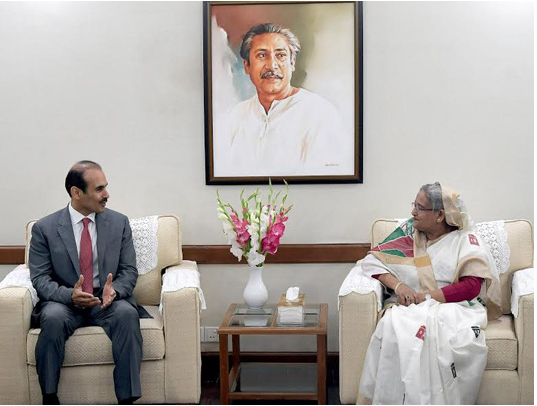 Qatar wants to invest in a bigger way in Bangladesh’s power and energy sector.

“They bid for the project in joint venture with Exxon Mobil. Now their bid is being evaluated along with the proposals of their bidders,” said the junior minister.

The import of LNG is a follow-up of a Memorandum of Understanding (MoU) signed between the two countries to enhance cooperation in the energy sector.

Nasrul Hamid said Qatar wants to extend the preview of the MoU to create more opportunities for investment in other areas as well.

Responding to a question, he said the proposed investment from Qatar will be within the government’s master plan regarding power sector as this investment will take place targeting the need of 2030.

He also disagreed with media report on surplus in power generation saying that the excess electricity generation is required for creating stability on the supply side.

He claimed that private entrepreneurs want stable and quality supply of electricity and the power sector gained that trust from the investors.