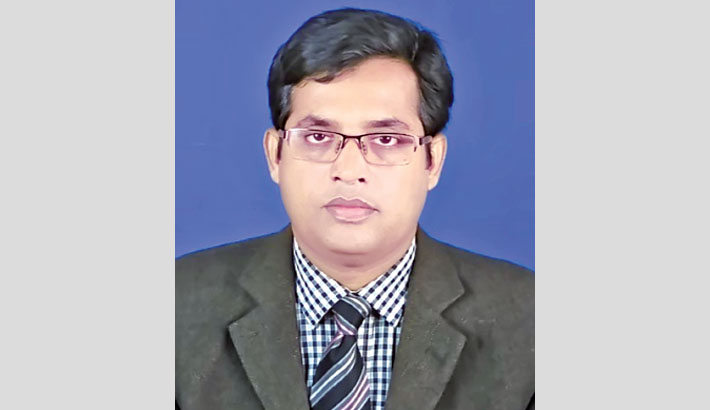 The 24th of October will remain as a red-letter day in the history of women oppression in the country as the Women and Children Repression Prevention Tribunal in Feni awarded death penalty to all 16 accused including sacked madrasa principal Siraj Uddoula and Awami league leader Ruhul Amin for killing Feni Madrasa student Nusrat Jahan Rafi. Nusrat was set on fire on the 27th of March 2019 when she went to the madrasa to appear at the examination there. 80 per cent of her body was burnt and she died on the 6th of April 2019 at the Dhaka MedicalCollege after fighting for life for five days. Nusrat’s murder created a social movement all over the country. People from all corners of the society expressed their strong resentment against the brutal killing. The killing touched the conscience of millions of Bangladeshi home and abroad. Prime Minister deserves special appreciation for instructing the law enforcing agencies to take all possible actions to find the criminals and ensure fail trail. The total process of judgement took less than six months from the date of pressing charges against 16 accused. That is why the date of the verdict will be remembered by the countrymen forever.

Through the verdict, a number of issues have come into the forefront of discussion. First, the willingness of the law enforcing agencies matters most when it concerns the pressing of charges against the accused in a legal battle. In the case of Nusrat murder, the Police Bureau of Investigation (PBI) deserves an appreciation for completing the frame of charges within the shortest possible time. Of course, one many argue that the PBI was compelled to frame the charges quickly as it was a high priority case which was taken care of by the Prime Minister and her office. I do partially agree with this proposition but at the same time, there are several instances where the investigation process takes significant amount of time despite the instructionsof the higher authorities. Thus, the investigation process conducted by the PBI deserves an appreciation from all corners of society. The second is the precision of the investigation process. The investigation authority pressed charges against 16 accused and all of them have been awarded capital punishment.

The third significant issue is that if the court desires to come to a conclusion of a trail, this could be done at the soonest possible time. The court started the trial of the case on June 27 and completed the recording of statements of 87 witnesses by the 30th of September when the court declared the date of delivering judgement on October 24. This verdict will be a milestone for the judicial system of the country as well since it has set an example by completing the trial within the shortest possible time justifying the proverb that “where there is a will, there is away”.

The verdict of Nusrat’s murder case will set an example for those who remain involved in different types of oppression against women. As we all know that oppression against women and children is on the rise in the country. Nowadays, the intensity of such incidents has reached an alarming situation. We could hear many news everyday where many people are brutally either torturing or killing women or children all over the country. The time-consuming process of our judicial system encourages the criminals to get involved in the same types of activities overtime as they could get an escape from their charges at the end of the day when the family members of the plaintiffs lose their interest in carrying the trail process forward. Accordingly, in the absence of the plaintiffs, the accused could make them freed from charges. Thus, this verdict would create a shy of hope among the family members of thousands of women who were brutally tortured or killed but still waiting for the judgment. They will galvanize them to take preparation to face the legal battle.

The government deserves an appreciation for making the Nusrat murder as a high priority case. But, at the same time, through this judgment, one negative side of our police investigation system and legal process has come out. Thousands of such casesare pending at the investigation and judgement stages. The government should take appropriate measures to make sure that the judgement of other cases is made within a reasonable time. Otherwise, people would start raising their doubt on the fact that nothing happens in the country until prime minister intervenes. For the last few years, many incidents have occurred where Prime Minister had to intervene which is not an indication of an effective and efficient administration. Of course, one may argue that since Prime Minister heads the administration, she/he has the right to intervene in every affair of the state. But, at the same time, it is also true that Prime Minster should remain busy in dealing with policy issues. Thus, it is not possible or feasible to take heed into the day to day administrative affairs. If it happens what is the utility of having ministers and administrators.

The verdict of Nusrat’s killing shows the way for all the departments taking care of issues like criminal investigations and judicial issues. If the PBI and the judge of the Women and Children Repression Prevention Tribunal in Feni could make it happen, it is not impossible for others to take quick decision on such incidents. What is necessary is the willingness of the persons involved. Of course, many administrative and political pressures sometimes make it difficult for the responsible authorities to work properly. In order to overcome these influences, the government should convey a strong message to all concerned. Over the last one and half months, we have witnessed the strong stand of the government against corruption. This is really an important move of the government to bring back order in the administration and society. This sort of action needs to be extended against all who would breach the law and administrative procedure. Only then, other victims like Nusrat and their family members would get justice.

We should not heave a sigh of relief having seen the verdict of the lower court. We expect that the verdict would stay at the higher courts as well. Moreover, it is expected that the higher courts would also make their decision within a reasonable time like the lower court so that the accused could be executed within the shortest possible time. Only then, Nusrat’s soul would feel relieved. We have failed to protect her when she was alive. Now, we should at least do something that may provide her eternal peace.