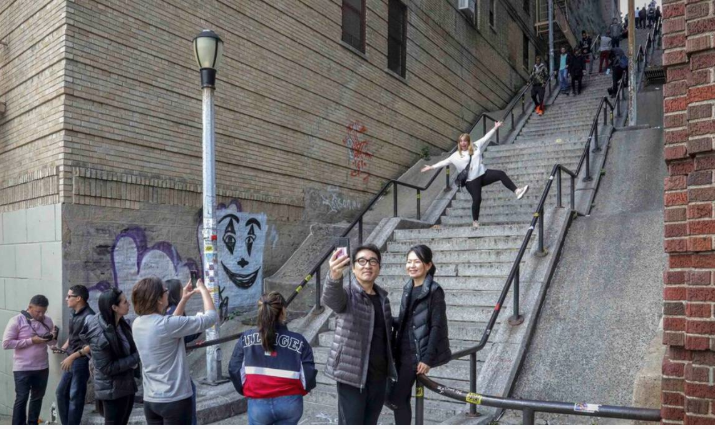 Move over, Rocky, there's a new stairway to climb.

A set of outdoor steps in the Bronx has become a tourist attraction in recent weeks since the release of the movie "Joker."

The stairs are between two buildings on Shakespeare Avenue, about a half-mile from Yankee Stadium.

In the movie, lead actor Joaquin Phoenix dances as he goes down the steps, wearing a bright red suit and clown makeup.

These days, neighborhood residents using the steps are being joined by tourists trying to recreate the scene.

The visitors have been taking selfies, and some have even shown up in costume.

"You never really get to experience a film first-hand," he said. "I feel like it is so iconic."

Not everyone is thrilled with the upsurge in popularity.

"We live in the neighborhood, it's taking up all of our time, we're all being inconvenienced," said Bronx resident Cathyrine Spencer. "Every day when I come down the stairs, I have to go through a barrage of people."

The stairway joins the ranks of well-known movie settings, like that of the steps at the Philadelphia Museum of Art seen in "Rocky."