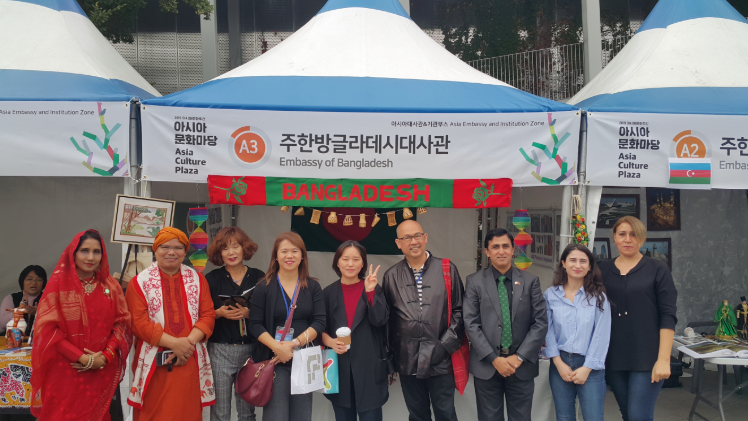 The Embassy of Bangladesh, Seoul has participated in the ‘1st Asia Cultural Week 2019’ organised by Asia Culture Centre in Gwangju city, the cultural hub of Korea.

Bangladesh, along with 14 other nations, participated in the festival, jointly organised by Asia Culture Institute and Gwangju International Centre at the Asia Culture Plaza of the city, said the Embassy on Monday.

Acting President of Asia Culture Centre Lee Jin-Sik inaugurated the event on October 23 in presence of the representatives and members of other participating countries and institutions.

In addition, leaflets and brochures on tourism, trade and investment opportunities of Bangladesh were also distributed among them.

The musical performance of Bangladeshi artist was admired by the audience at the event.

The presence of Bangladesh Embassy at Gwangju city, has provided the opportunity to present the traditional culture and heritage of Bangladesh to the Korean nationals as well as to the international community there, said the Embassy.

It also helped strengthen the bondage with the local administration as well as with the prospective business community of Gwanju, it said.