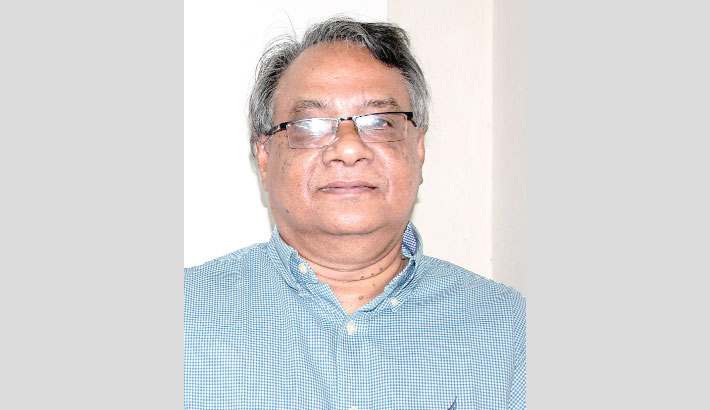 In recent years, a number of universities both public and private have been established in different parts of the country. More specifically, these could be categorised into three different types, public or government owned, private sector owned and international that are operated and funded by international organisations. The total number of public universities is now more than 40. Here it needs to be mentioned that from the 90’s of the last century the government also allowed the establishment of universities under private initiatives. Now, there are more than 100 such universities established under private initiatives or sponsorships functioning in different parts of the country. The main purpose of the establishment of these institutions is to increase the access to the growing number of aspirants to university education.

The university education in this part of the world started in the first quarter of the previous century with the establishment in 1921 of the University of Dhaka and it holds the rare distinction of being the oldest university of the country. The list of its famous alumni includes the Father of the Nation Bangabandhu Sheikh Mujibur Rahman, the current President and the Prime Minister and many more other former presidents and prime ministers of the Republic. There were only 6 universities in Bangladesh at the time of independence in 1971. All of those were public universities. University Grants Commission (UGC) as the apex body of the government for higher education is responsible primarily for funding of public universities. Though Private universities do not get any government assistance in terms of funding, they need to receive approval from the UGC to operate and award degrees. The University Grants Commission of Bangladesh was established on 16 December 1972 and later enacted as an autonomous apex body in Higher Education as per the President Order No. 10 of 1973.

The mandate of the UGC includes cater to the academic and financial needs and demands particularly of the public universities;  facilitate the development of higher educational system in Bangladesh with main purpose of upgrading the qualities of teaching-learning; encourage research and development; and promote good governance at the universities. The UGC is also responsible for formulating higher education policy and ensure quality assurance to meet the international standard and advise the Government on those. However, it needs to be mentioned that the public universities are governed by the Presidential Order/Acts of the Parliaments. Each university has separate Order/Act according to which the universities are run by their respective authorities.

The Private University Act, 1992 paved the way for the establishment of private universities in Bangladesh. The rationales as mentioned in the Act were that it has become a necessity now to establish private universities in order to meet the increasing demand of, and to extend pervasively, higher education in the country in order to facilitate the access of the general public to higher education and to create skilled persons. It further mentioned that now there are several well-wishing persons, associations, charitable funds and institutions of the country eager to establish and manage private universities. Under the provisions of the above mentioned Act, as mentioned earlier, more than hundred universities are functioning in the country. These initiatives of the government and the private sector have helped in spreading university education by providing opportunity to a large number of students to enroll themselves in these universities. This is also very much in line with the current and future needs of the country.

Here it should be mentioned that for the last more than one decade Bangladesh is one of the leading countries in the world in terms of economic growth and development. It has become a miracle case in the international arena. Sustaining this remarkable economic growth and development requires constant supply of human resources with updated knowledge and skills. The global experience in this regard suggest that the educational institutions particularly the universities are best suited or equipped to help nations to achieve this objectives. However, now it appears that the universities, both public and private, in Bangladesh are laden with a number of problems. But it must be mentioned that the nature of the problems beset with public and private universities, in most of the cases, are similar. Though in some cases there are differences. Again, the issues and problems have multifarious dimensions among public universities of different generations which mean the phases of their establishments (pre Bangladesh, post (within 2/3 decades of independence and current (last 20 years or so). Besides problems and constraints that are political in nature or have relevance to the current political culture prevailing in the country, the common problems are poor governance, limited capacity, inadequate or poor infrastructure, limited research initiatives to generate new knowledge and skills and in some cases poor quality of education and above all corruption.

The issue of poor governance has come to the forefront in recent times because of some undesirable incidences that occurred in different universities. It is widely alleged that had there been good or proper governance these could have been avoided. With respect to capacity, the newly established public universities are the most cited cases. They lack particularly adequate number of teachers, appropriate infrastructure and other facilities that are related to capacity to cater to the needs, hopes and aspirations of the students and the society. The private universities in overwhelming cases also suffer from these short comings. Other than a handful of the private universities the rest have no campuses of their own. University activities are run in rented houses which were not built to serve as premises of educational institutions. There is also question mark on the quality and adequate number of teaches. Majority of them depend on the services of part time teachers mostly drawn from public universities. Many believe that if teachers of the public universities stop acting as part time teaches most of the private universities will have to shut down their doors. Under these circumstances, the role of the University Grants Commission (UGC) as the apex organisation established by the government to look after the affairs of the universities has become more important than before.

With the establishment of numerous universities both public and private the scope of functional jurisdiction of the UGC has increased manifolds. But it has been mentioned by many sources that the capacity in terms of human resources and other resources has not been increased to the desired level. This limited capacity is hindering the organisation to play its expected role in facilitating university education that would produce quality graduates well prepared to take up the challenges of the future and turn the county into a knowledge based society. This calls for strengthening and building capacities of the UGC. At the same time, universities both public and private need to identify existing gaps in delivering quality education and knowledge creation and take up action plans based on their specific strategic plans. It is perceived that only then the universities in Bangladesh will be able to fulfill the expectations of the nation for which these have been established at the cost of scarce private and public resources.