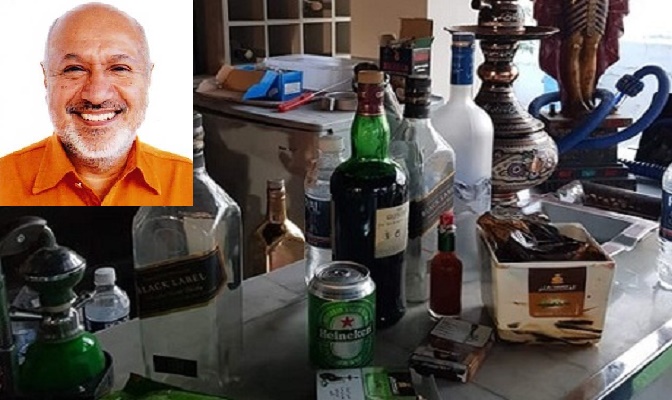 He said they first raided a flat located on the third-floor of a six-storied building and then the rooftop of another six-storey building owned by the noted businessman, and seized huge foreign liquor, shisha and casino equipment.

Kurshid said they also arrested two caretakers--Nabin and Pervez-- during the drive.

He, however, said Aziz Mohammad was not there at the houses.

The drive was on till filing the report around 6:40pm.

The DNC team as a part of their anti-narcotics operation started the drive at Aziz Mohammad Bhai’s Gulshan home.

A mini bar inside his house also found and they seized huge quantity of liquors and Shisha (smoked through a hookah).