Secularism in the Context of Bangladesh 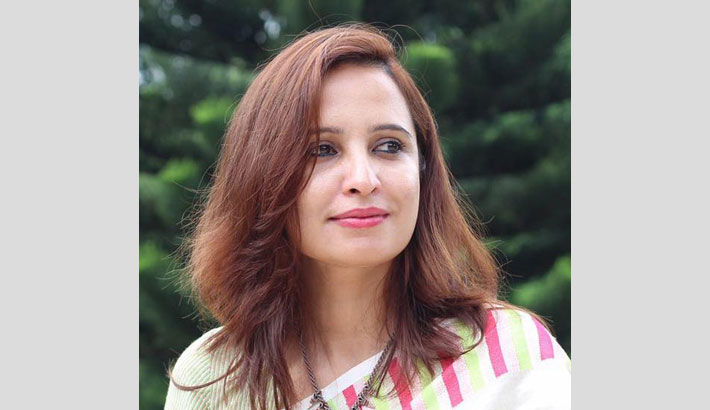 Secularism as a modern concept is aligned to the same modern concept of equality, freedom and democracy. Secularism anywhere in the world works as the antidote of communalism, which is required to check the growth of religious fundamentalism and inter-religious conflicts. The function of secularism is also to eradicate persecution of religious minorities, promote cultural pluralism, religious freedom and establish social harmony. Endorsing Charles Taylor, Asad asserts that secularism emerged in response to the political problems of western Christian society in early modernity but it is applicable to non Christian societies everywhere that have become secular (Talal Asad, 2003) . Secularism is a universal concept which is applicable throughout the modern countries that recognize religious plurality.

Although secularism is a universal concept which is applicable throughout the modern world, existing realities and historical events can influence its meaning. For example in Turkey secularism is an official ideology and an identity of the state rather than a functional legal principle describing the rela¬tionship of the state with religion. France follows a model of secularism where the state adopts an antagonistic attitude to religion, whereas secularism in USA highlights the state‘s accommodative role towards religion. On the other hand in India the commitment of secularism is related to the goal of social reconstruction.

As a principle of governance secularism determines the political boundaries between state and religion and it is subject to a wide range of interpretation. It is a process which is in constant interaction with socio-political conditions and hence evolving, therefore there is no absolute or perfect secularism. The understanding of secularism may depend on particular historical and cultural context. For example, endorsing T.N. Madan Jacobsohn contends that, secularism in India is a multi-vocal word and what it means depends upon who used the word and in what context (Jacobsohn, 2005). Secularism as understood in India or Bangladesh in particular is different from the western notion of secularism. Broadly in the western countries secularism is the establishment of a separation between religion and state institutions whereas in Bangladesh secularism implies anti communalism where every religion is equally respected.

In order to examine secularism in Bangladesh apart from focusing only on the text of the Constitution it is important to consider the values surrounding the Constitution. The primary function of secularism as described in the 1972 Constitution of Bangladesh was to restore communal harmony between religious communities and to keep the national unity intact in the war ravaged country. There was propaganda against the principle of secularism to undermine Sheikh Mujibur Rahman’s Government. To give secularism a pro Indian stamp, thus favouring Hindus, the anti liberation forces and pro-political Islamic groups propagated that secularism means absence of religion and that the survival of Islam was at stake in the hands of the secularist government. Elements of communalism and communal ideology disrupted the peace and order in the war ravaged country; therefore, there was a need to eliminate use of religion for political purposes. The most important step of the Sheikh Mujibur Rahman’s Government in regard to stopping abuse of religion for political purpose was the Constitutional prohibition of forming any religion based communal political parties in Bangladesh (Article 38). To tackle the scattered communal violence and disturbances the state kept aside religion on contextual (political) grounds, by banning religion based political parties like Jamaat-e-Islami. This exclusion of religion from politics was guided by the need to inhibit communal ideology and conflict, and restore peace and order aftermath the war.  Contextual secularism was adopted to secure equal respect and status for all, check religious bigotry and eradicate communalism so that secularism becomes deeply entrenched.  The aim was to build a society based on non discrimination that would negate communalism. The Constitution of 1972 included secularism as one of the State principles which was akin to Anglo-American secularism that reinforced neutrality of religions and elimination of communal politics, as opposed to French version of assertive secularism (Kuru 2007). Father of the Nation Bangabandhu Sheikh Mujibur Rahman explained secularism as:

‘Secularism does not mean absence of religion. You are a Muslim; you perform your religious rites. The Hindus, Christians, Buddhists all will freely perform their religious rites. There is no irreligiousness on the soil of Bangladesh but there is secularism. This sentence has a meaning and the meaning is that none would be allowed to exploit the people in the name of religion ... No communal politics will be allowed in the country’ (Constituent Assembly Debate, 12.10.1972).

Bangabandhu Sheikh Mujibur Rahman’s understanding of secularism was characterised by the recognition of equal respect for all religion rather than rejection. Bangabandhu understood religion as a matter of ideology and believed that Islam or any other religion could be performed and given equal respect within the spirit of secularism. His view of secularism was in terms of plurality of religions which should coexist and operate in the society without any favour to any religion. After the Liberation War of 1971, Bangladesh tried to walk this secular-democratic path, but his aspirations could not succeed. The assassination of Sheikh Mujibur Rahman in 1975, which was followed by fifteen years of military rule from 1976 to 1991, halted the progress of secular nation building process. The Military rulers after 1975 eliminated secularism from the Constitution and from socio-political order in all practical sense to establish their hegemony.

In 2011 the 15th amendment of the Constitution brought back secularism in the Constitution.  Article 12 articulates secularism as neutrality towards religion, elimination of communalism, non-granting of political status in favour of any religion by the state, eradication of the abuse of religion for political purposes and elimination of any discrimination or persecution against any person based on his religious affiliation. The Constitution underlines the need to establish an egalitarian society and contextual secularism. Secularism or ‘dharmanirapekhkhta’, here means neutrality, where the State does not intend to disassociate itself in matters relating to religion rather it acts neutrally towards various religious communities to ensure equal status of all religion and aspires to eliminate communalism, echoing the 1972 Constitution. The basic feature of the Constitution is that all citizens are equal –this quality asserts that in the matter of fundamental rights the religion of a citizen is irrelevant. The State does not grant political status to any particular religion rather it gives equal freedom for all religions and holds that the religion of the citizen has nothing to do in the matter of socio-economic problems. In the context of Bangladesh secularism is justified to ensure dignified life for all, to build communal harmony and the intermingling of religion and politics is permissible so long it helps to meet these objectives. The kind of secularism Bangladesh practices and propagates is contextual secularism which follows the idea of principled distance: exclude religion for some purposes, and include it to achieve other objectives. For example the State intervened in religious matters by enacting laws on marriage registry, by making polygamy illegal, introducing the right to divorce, abolishing child marriage and by introducing laws on domestic violence. This intervention of the State in religious or personal law matters is justified to protect the dignity and equality of the people.

Both the adoption of the secularism in the 1972 Constitution and reintroduction of it in 2011 anticipated a proactive role of the State to ensure equal respect for all religion, eliminate communalism and use of religion for political end so that secularism becomes deeply entrenched. Therefore the character of secularism in Bangladesh is shaped both by democratic and by contextual need. The aim of which is to secure equal respect and rights for all, ensure freedom of religion, check religious bigotry and erase communal conflicts.